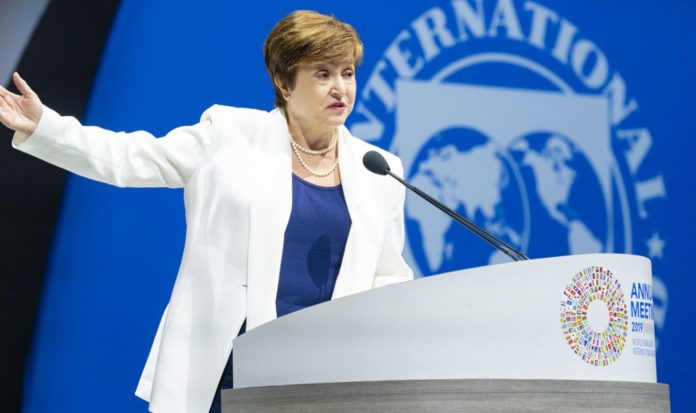 IMF President: World economy is worse than 2009 crisis. “It is clear that we are in a recession that is as bad or worse as 2009 now. We expect recovery in 2021,” IMF President Kristalina Georgieva said. said.

IMF President Kristalina Georgieva told the press that the economy is clearly in recession this year due to the global coronavirus outbreak.

Georgieva made this statement after the IMF meeting with the International Monetary and Finance Committee. In the meeting, the challenges of coronavirus outbreak were discussed.

The IMF President stressed that the expected recovery in 2021 would occur if the virus was taken under control and the liquidity problems were prevented from turning into solvency problems.

Georgieva said that the financial support required for emerging markets is currently estimated at $ 2.5 trillion. He said that most of the developing countries have insufficient internal resources and have a high debt burden. In addition, Georgieva underlined that their own reserves of these countries will not be able to overcome this crisis.

Bitcoin has been following the same path as stocks for a while. This can be understood in times of economic crisis. Renowned technical analyst John Bollinger states that all correlations in a crisis turn to 1. The correlation coefficient ranging from -1 to 1 shows that the closer it is to 1, the more related the price movements between these assets.

Death Stranding-like costume was designed to lighten the couriers’ burden