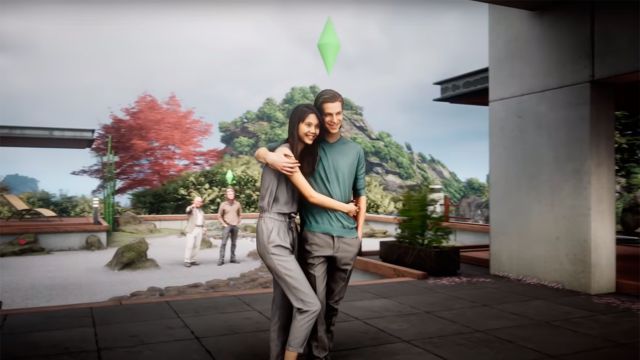 Sims 5: A fan of the EA franchise imagines what the virtual life saga would look like under the photorealism of Unreal Engine 5 and shares a concept video. A fan of The Sims, the popular Electronic Arts franchise and one of the greatest exponents of the virtual life genre, has imagined what a new installment of the saga would look like under the photorealism of Unreal Engine 5, the latest version of the well-known graphics engine. So much so, that he has shared a video that you can see below with the result of such a surprising experiment; And it is that we remember that The Sims bases its artistic design on characters and objects closer to the cartoon style than to the realistic one, with which the change is even more drastic, if possible.

Thus, the user named Priymak Elysium has uploaded to his YouTube channel a kind of technical demo of a supposed The Sims 5 under Unreal Engine 5, including a graphical feature as currently fashionable as ray tracing. All this created from free kits distributed through the Epic Games Store; and what is shown in said video is more than surprising, as can be seen in the following video.

The Sims came to the PC video game market in the distant year 2000, quickly becoming one of the most popular brands in the video game industry thanks to its different deliveries and expansions; Currently we continue to receive new content and expansion packs of the most varied themes for The Sims 4, a delivery that will soon be seven years old and has reached a multitude of platforms such as PC, PS4 or Xbox One.

In the event that EA decides to release a more than likely fifth installment in the future, what art style will it decide on? Will it stay true to tradition and present environments and cartoon characters as before or will it take the step to offer a more realistic appearance? Of course, if you bet on the latter, you already have a mirror to look at.

How to turn off tablet mode in Windows 10