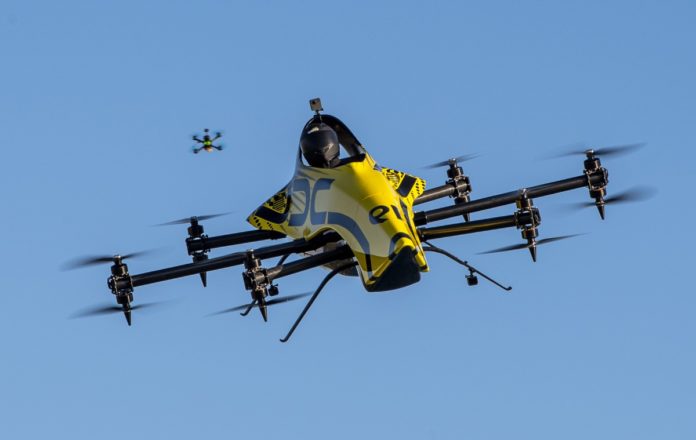 Trial flights took place in Croatia with the world’s first manned aerobatic drone. Acrobatic movements with a drone that can carry a person are at a level that will surprise those who see it.

Drone technology is developing more and more every day. Now, the world’s first manned aerobatic drone has been developed. A demonstration flight was made in Croatia with the drone developed by Drone Champions AG.

6 propellers are connected to the aerodynamically deactivated chassis of the drone, the entire body of which is made of carbon. Developed to carry a single passenger, the drone is controlled by a drone pilot on the ground, not the passenger inside.

Drone Champions founder Herbert Weirather took part as a passenger in the flight made in Croatia with the drone named by the developer team “Big Drone”. On the flight displayed by the Red Bull team, there were many extreme acrobatics maneuvers while there was a person in the Big Drone.

After the aerobatic flight performed, the aerobatic drone that Weirather was in was successfully landed on the ground. “We developed and built the first manned acrobatic drone with the vision of creating a brand new racing experience in the future and hiring drone pilots through DCL-The Game,” explains Herbert Weirather, founder of Drone Champions, who made a statement about the Big Drone after landing.

It is not clear at this time whether Drone Champions AG plans to make new aerobatic flights with the Big Drone. However, after the development of such a drone, it will be possible to see the future of other flights.

The Most Realistic Concept Design Prepared For iPhone 12