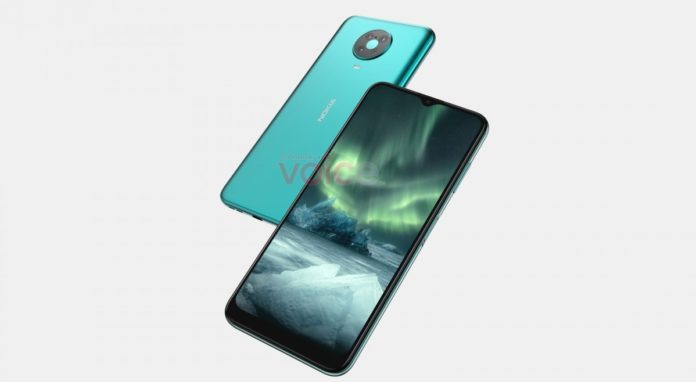 Rumors about the Nokia 6.3 have been around since last May. Although the smartphone was expected to be introduced by the end of 2020, this expectation did not come true. Although HMD has not made an official statement on the subject yet, the images claimed to belong to the smartphone were shared by OnLeaks. The phone, which is stated to be officially named Nokia 6.4, is claimed to be official before April.

The Nokia 6.3 looks visually similar to the Nokia 6.2. The 6.45-inch screen of the phone has a drop notch on it. Behind the device is a circular camera module. There are four sensors here. It is also noticeable that the LED flash is pulled out of the camera module.

In the last leak, no information is given about the details of the camera. However, in past leaks related to Nokia 6.3, it was seen that the main rear camera of the phone has a resolution of 24 megapixels. 12 megapixel ultra wide angle camera, 2 megapixel macro and 2 megapixel depth sensor are also counted among the parts of the system. It is stated that there will be a 16-megapixel camera in front of the phone.

The fingerprint scanner was located under the camera on the Nokia 6.2. On the Nokia 6.3, it is seen that the scanner is placed on the power button. On the left side of the phone, besides the nano SIM and microSD card slots, there is the Google Assistant button. On the bottom edge are the USB-C jack, microphone and speaker. 3.5 mm. headphone jack is placed on the top edge.

According to rumors, the Nokia 6.3 will come with a Snapdragon 67x or Snapdragon 730 processor. This processor will be accompanied by 3 GB of RAM and 64 GB of internal storage. Although it is said that the smartphone will be sold in Europe for 249 euros, there is no confirmation yet.

Users will be able to customize Galaxy S21 Plus

Samsung Phones And Tablets That Will Receive Updates In July 2021