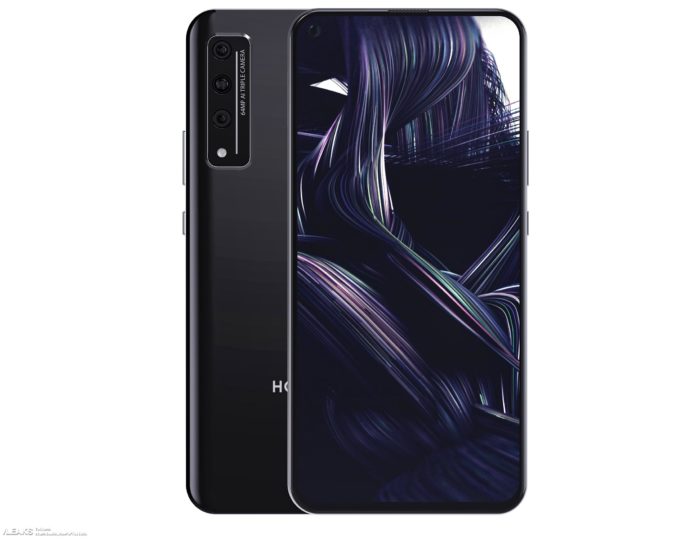 Honor, which we have frequently heard of in the phone industry in recent years, is preparing to release the new phone 10X Pro. Images allegedly belonging to 10X Pro were published on a site. According to the image, 10X Pro will have a 64 MP camera

Honor announced that it has sold more than 10 million Honor 9X series phones this week in China. After such sales, the images of Honor 10x Pro, the sequel of the series, appeared. Allegedly, Slashleaks revealed visuals that replaced the Honor 10x Pro. Obviously, the Honor 10X Pro used a more expensive and more useful display, unlike the 9X series. A space is left in the left corner of the top of the screen. This gap is estimated to be the camera slot.

Honor 10X Pro:
When we look at the resulting images, we can see that the phone will come with extremely thin frames. Looking at the back of the phone, it can be seen that 3 cameras are placed vertically in a rectangular module. The text on the right side of the camera module states that the phone offers a resolution of 64 MP. The previous model of the phone, the 9X Pro, managed to impress users with a 48 MP camera.

Choosing a 64 MP camera this time around, Honor seems to aim to offer a better camera to users. As we are used to seeing recently on phones, one of the 3 cameras is thought to be the main camera, the other is for wide angle and the other for depth.

The Kirin 810 processor played a major role in selling the 9X series, although other configurations were still uncertain. Considering this, it is estimated that the Kirin 820 processor, which offers better performance than Kirin 810 and supports 5G, will be used. There is no information about the price of the product, but its price is expected to be revealed soon.