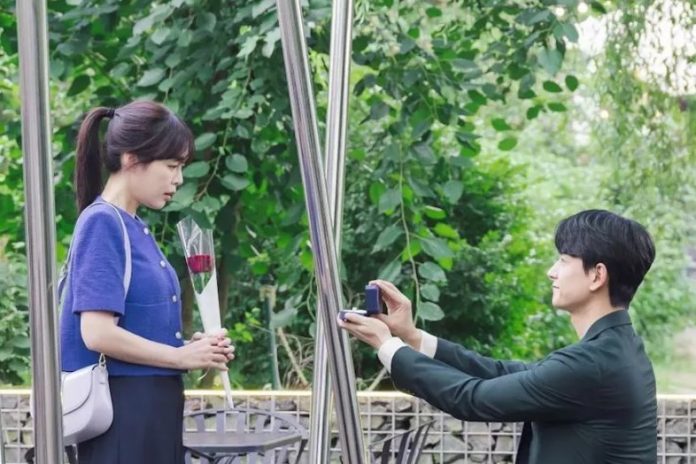 “Three Brave Brothers and Sisters” is a new romantic drama starring Im Joo Hwan as Lee Sang Joon, a famous actor who is the eldest son in his family. When he gets into an unexpected accident during filming, he reunites with Kim Tae Joo (Lee Ha Na), his first love from elementary school, who is also the eldest of her siblings and grew up sacrificing everything for her family.

The newly released footage depicts Kim Tae-joo and Lee Sang-joon close together. These two tenderly lean against each other at night, and the Han River flows behind them. Lee Sang-joon also hands Kim Tae-joo a flower and a ring, making the audience interested in a scene that seems like a proposal.

In another photo, Lee Sang-joon is talking passionately and with great enthusiasm, and Kim Tae-joo creates an exciting moment when she looks back at someone while holding an umbrella.

The production group shared: “In the previous broadcast, Kim Tae-joo and Lee Ha had a few quarrels, so please watch today’s broadcast to find out the reason why they suddenly radiate a friendly atmosphere using a bouquet of flowers and a ring. Although the relationship between the two who were once a couple has soured after their breakup, please focus on how their relationship will change in the future.”

Kylie Jenner: leather and turtleneck, her total look all black is...