Home Entertainment I’m Groot: Everything you need to know before the premiere 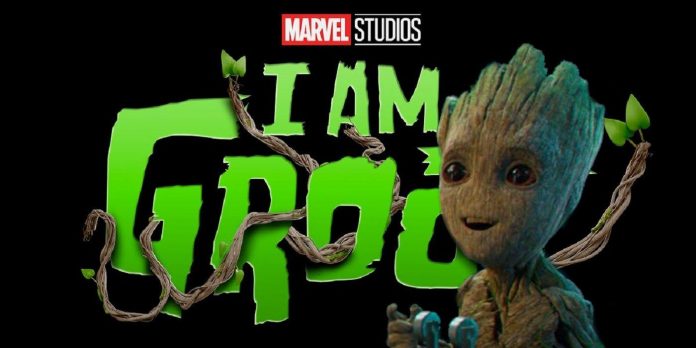 The Marvel Cinematic Universe is only weeks away from releasing its first series of short films. I Am Groot is slated to release five separate animated shorts starring the titular Guardian of the Galaxy on August 10th, 2022 exclusively on Disney+.

While I Am Groot is currently the closest MCU project at hand, there is still very little information on the series. Nevertheless, there are a few facts about the series of short films that fans should know before it premieres, both to inform and to manage expectations.

I Am Groot will look somewhat different from other MCU films and series, including other animated projects. This is due to the alternative animation style adopted by the show’s animators, who have chosen to create the series using photorealistic animation.

This alternative animation style helps I Am Groot differentiate itself from other installments of the Marvel Cinematic Universe, giving the series its own charm and individuality. It may also foreshadow future projects that will adopt such a style, following in the footsteps of Marvel’s first series of shorts.

Marvel is getting a familiar face to help bring the latest Groot-centric series to life. Screenwriter Ryan Little acts as the creator and head writer of the first season of I Am Groot (via Variety), and has worked on all five episodes therein, lending his unique creative voice to the Disney+ series.

Fans may recognize Ryan Little for his work on the first season of the Marvel Cinematic Universe’s first foray into the animated world, What If. Seeing Little’s next animated endeavor will hopefully continue to get fans even more excited for What If…? season 2, which has recently been revealed to premiere in early 2023.

It All Releases At Once

Previous episodic installments of the MCU have released episodes on a weekly basis, with the rare exception occurring for the WandaVision, Loki, and Hawkeye premieres, wherein two episodes were released on the first day, followed by one episode a week for the duration of the season’s run. This, however, will not be the case when I Am Groot premieres in August.

Likely due to the shortened nature of each episode of the series, I Am Groot will air all five of its episodes on August 10th, allowing viewers to binge-watch the entire show in a single sitting. This marks the first time Marvel Studios has released episodes with such a schedule and could be a testing ground for the release methods of future MCU shows.

The Next Batch Is On The Way

While I Am Groot will prove to be the shortest installment of the MCU thus far, with only five episodes currently slated for release this August, fans won’t have to wait too long to revisit the adventures of the most meme-able Guardian of the Galaxy. According to reports, work is already underway to bring audiences the next batch of shorts in the near future.

At San Diego Comic-Con, the first trailer for I Am Groot premiered, followed shortly thereafter by an announcement that the series had been picked up for five additional shorts (via movieweb.com), which are already in production. It is unclear when this next batch will premiere or if these new episodes constitute a second season.

Marvel fans know that, in the comics, Groot hailed from Planet X, the capital of the “Branch Worlds.” While Planet X has never been depicted in the MCU, I Am Groot endeavors to change that, with one of the shorts depicting Groot returning to his homeworld.

Vin Diesel teased Groot’s return to Planet X in an exclusive behind-the-scenes interview (via comicbook.com), claiming that Marvel Studios president Kevin Feige is “excited” about this particular story. Diesel’s comment could hint at the MCU visiting the planet in future projects, perhaps including the highly-anticipated Guardians of the Galaxy, Volume 3.

Vin Diesel Is Back

Though What If proved that not all Marvel actors will necessarily reprise their roles in animated features, Vin Diesel is confirmed to be returning as Groot. The actor is expected to be brushing off his higher-pitched voice for the infant version of the character, last heard in Guardians of the Galaxy, Volume 2.

Diesel has portrayed the lovable Guardian of the Galaxy for almost a decade, making his first appearance in 2014. During that time, Diesel has voiced Groot in five projects, recording Groot’s singular line of dialogue in various voices and languages for each of his appearances.

While Groot’s involvement in the upcoming Disney+ series was confirmed from the very beginning, the inclusion of the other Guardians of the Galaxy has continued to remain somewhat murky. However, the Marvel Studios Animation Panel at San Diego Comic-Con 2022 confirmed the appearance of one other Guardian in Bradley Cooper’s Rocket Raccoon.

Rocket’s inclusion in the series will allow the continuation of the relationship between himself and Groot, which many fans consider to be one of the best friendships in the MCU. However, it remains unclear just how many episodes will feature Rocket or if any of the other Guardians will appear in the series.

It Will Explore Regular Childhood Moments

The minds behind the upcoming series revealed some information about I Am Groot’s themes at SDCC 2022 (via CBR), explaining why they chose to create the series and what fans can expect when all five episodes premiere in August. They address their primary theme in the series, describing it as an exploration of common childhood themes.

This revelation could explain why the creators chose to depict Baby Groot, given that the character has since aged to adolescence. Fans can expect Baby Groot to undergo several relatable lessons that will inform his growth into a superhero and a member of the Guardians of the Galaxy.

It May Not Be Canon

While the announcement of I Am Groot initially led fans to believe that the shorts would be considered MCU canon, James Gunn has recently made comments implying otherwise, referring to the show as outside of the Guardians of the Galaxy continuity.

Though the revelation that the upcoming series is not necessarily canon to the MCU may disappoint some fans, it gives the series greater freedom to explore stories that do not have to worry about preserving the sprawling franchise’s continuity. Viewers won’t have to wait too long for the next canon appearance of the Guardians, either, as they are slated to return next May in the highly anticipated Guardians of the Galaxy, Volume 3.

Marvel Studios has revealed precious little about what audiences can expect to see when I Am Groot finally premieres. However, the first two episodes have already premiered in exclusive settings over the past month, revealing some information about the series.

The first episode, which premiered before select screenings (via CBR) of Thor: Love and Thunder, entitled “Magnum Opus,” will include Groot’s attempt to make a drawing of the Guardians of the Galaxy and will feature an appearance from Rocket Raccoon. The second episode, which was shown at SDCC 2022 (via CBR), is titled “Groot Takes A Bath”, and will feature the tree creature weaving different costumes for himself out of the naturally growing leaves on his body.

Marvel’s Guardians of the Galaxy will also come to Switch through...