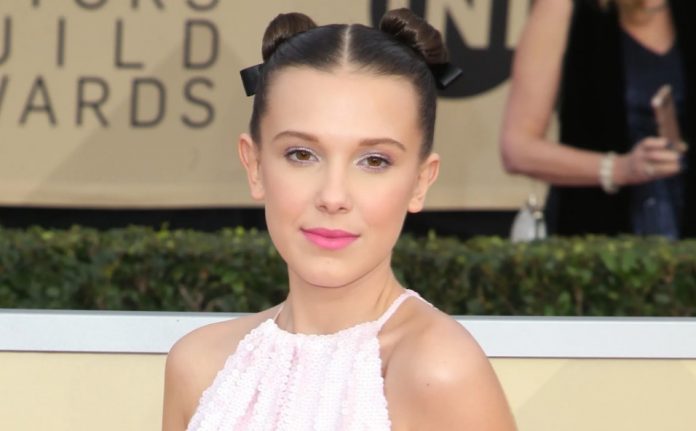 It is almost impossible to believe that a person can discover the purpose of his life at a young age. But the ingrained talent of artists like Millie Bobby Brown is never limited by age. When the star of the TV series “Stranger Things” only at the age of 8 told her parents that she wanted to become an actress, the family moved to Los Angeles, where she began working in TV series and got her first role as a young Alice in 2013. the leading role in the supernatural drama Netflix was her chance for fame. And as we know, this surge of fame and materialism can affect and change a person, especially when he is young. But all this did not affect the 13-year-old celebrity in any way, as she used this classic game to preserve her childhood.

In 2018, Millie Bobby Brown revealed her secret to Giuliana Rancic live on E! while chatting at the SAG Awards ceremony. The host asked her what she was doing to feel like a normal teenager after becoming popular in Hollywood. At that time, she was twice nominated for “Outstanding Performance by a Female Actress in a Drama Series” and “Outstanding Performance by an Ensemble in a Drama Series”.

In her response, the “Intruders” star said: “My younger sister — she is 6 years old — I go and play with her in Barbie dolls. It’s like the most fun.”

Brown added that she also spends time with her dog in the garden, and all this helps her a lot. The dolls and the time spent with her dog certainly helped, because the actress looked very young in her Calvin Klein dress paired with converse.

The actress, twice nominated for an Emmy Award, also said that regardless of the occasion, she loves to dance. Wearing cute bunches on top of her head, the actress told the host that she “should be stylish!” because it’s easy to dance in shoes.