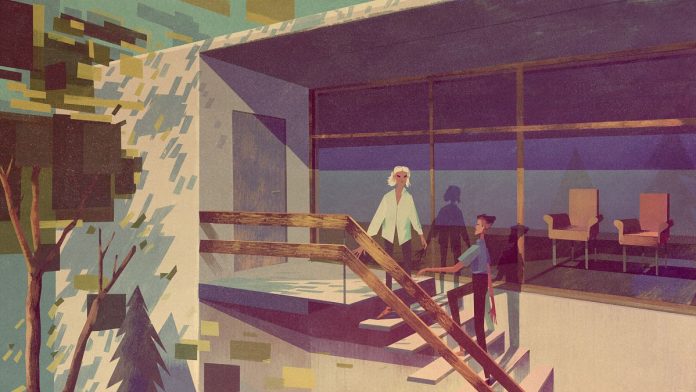 Matthew Lyons is a renowned British illustrator whose works have appeared in The New York Times, The Washington Post, BBC, Google or Playboy Magazine. Its particular style, with angular designs and a very measured color palette, have a certain air of what is now known in the video game world as “low poly”, games with settings and characters made up of few polygons, reminiscent of the time. 32-bit, which has become a growing fad in independent circles. That association seems not entirely misguided, since the artist has been messing with Unity for some time in search of transferring his vision to what will be a video game in the future.

The truth is that the game has no name, nor is hardly anything known about it, which says a lot about its state of development and what remains for it to materialize into something tangible. But still, every time Lyons shares a small snippet of the project on twitter, he gets tens of thousands of interactions. His latest contribution, a tweet called “A View of the Sea” has achieved 46,000 “likes” and no wonder. What looks like a beautiful illustration of a Mediterranean terrace suddenly comes to life when the main character begins to move and looks out along with other characters to see the sea at the foot of the mansion.

A view of the sea pic.twitter.com/2XDUOjFN4L

From illustration to video game

There are many elements to get lost in these seconds of video: a certain 70s nostalgia in the setting, the way in which he uses light, the brilliant architecture that seems to be taken from the golden times of Ibiza, the details that can be seen in the decoration, the successful use of the camera or how the angular designs of the buildings, plants and characters form a fantastic composition, crowned by that panoramic view of the sea. It’s hard not to get the feeling of wanting to explore those environments further, even without knowing the theme of the game.

Cruella: Disney Invested A Lot Of Money in The Soundtrack