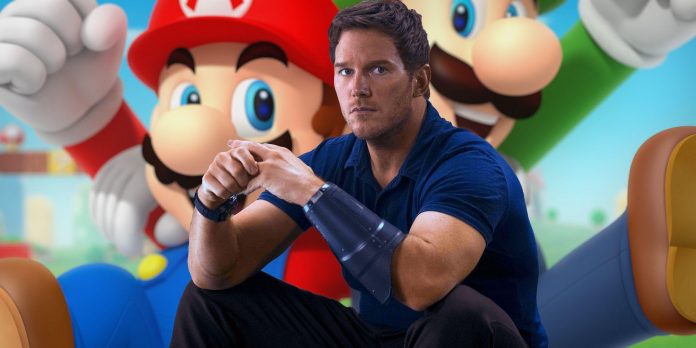 The CEO of Illumination Entertainment has defended Chris Pratt’s choice in the upcoming Mario movie. Illumination has become a powerful engine in the animation world with such successful franchises as Despicable Me, The Secret Life of Pets and Sing. In 2017, when Illumination’s parent company, Comcast, began collaborating with Nintendo to add a popular video game character to Universal Studios parks and resorts around the world, the prospect of a new Mario movie emerged.

Although this film was previously adapted for live performances in the critically acclaimed 1993 Super Mario Bros., the new film will be animated. At the presentation of Nintendo Direct in September 2021, the cast of the upcoming Mario movie was announced, and the star of “Guardians of the Galaxy” Chris Pratt was supposed to voice the video game icon. The news of Pratt’s casting was met with immediate criticism on the Internet: from rumors about Pratt’s personal life to the fact that he is not an American of Italian descent, to many who want to see Mario, the actor from the video games Charles Martin, voice the character.

At the CineEurope event in Barcelona, through Variety, the founder and CEO of Illumination Entertainment, Chris Meledandri, spoke about the casting of Chris Pratt in the upcoming Mario movie. Meledandri praised Pratt’s performance and said that the film is three-quarters ready. As for the criticism of Pratt, who is not an Italian-American, Meledandri cited his Italian ancestry as the reason he wasn’t worried about casting offending Italians or Italian-American audiences. Meledandri said:

“Chris was chosen because we felt he could play Mario perfectly. And now that we’ve done about 15 recording sessions and the movie is three-quarters done, I’m sitting here and saying that I like his acting as Mario. I think we’re going to be fine, especially because (Pratt) put in such a strong performance.”

Pratt’s star power has grown significantly, as he is not only the protagonist of the Guardians of the Galaxy franchise, but also the star of the Jurassic World trilogy, which has been at the top of the box office for the second week in a row. Pratt is also a sought-after voice actor, he has worked in the Lego movies. All this excessive exposure could have contributed to a negative reaction.

It is unknown when the audience will be able to hear Pratt in the role of Mario. Originally, the opening was supposed to take place in December 2022, but Universal and Illumination moved Mario to the Easter weekend on April 7, 2023, so the teaser trailer may be closer than expected. Illumination’s next film, “Minions: The Rise of Gru,” is set to hit theaters on July 1, 2022, and there’s a good chance the studio will want to promote its next movie, “Mario,” ahead of a big summer release.

Hot Wheels Unleashed, a title that seeks to capture the essence...

6 Questions Obi-Wan Kenobi Must Answer in the Season Finale