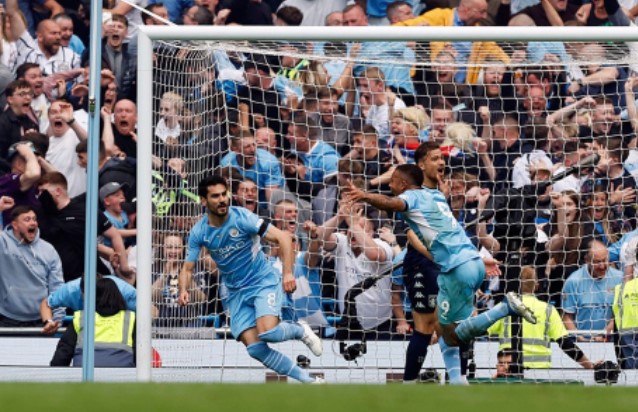 Manchester City fell 2-0 down the field and defeated Aston Villa 3-2. The English giant became the champion in the Premier League. While City reversed the story with three goals in 5 minutes, Ilkay Gundogan was the hero, who later entered the game and scored two goals.

In the 37th minute, Aston Villa took a 1-0 lead with Matty Cash’s goal and silenced Etihad. As the first half ended like this, in the 69th minute, this time a former Liverpool star Coutinho led the guest team to a 2-0 advantage.

Ilkay Gundogan entered the game, led Manchester City to the championship
Manchester City’s star of Turkish origin, İlkay Gündoğan, was included in the game in the 68th minute and the story took a completely different turn after this minute.

Ilkay’s goal in the 76th minute cut the gap to two, while Rodri scored the 2-2 draw in the 78th minute. Ilkay took the stage once again in the 81st minute and City turned the match within 5 minutes and took the lead.

City kept the score in the remaining minutes and reached the championship with 93 points despite Liverpool’s defeat of Wolverhampton.

Liverpool finished the season in second place in the Premier League with 92 points.

Maddy, Oceane and Marine El Himer are at war on set?