Home Celebrity IKON’s Bobby reveals spoiler for U Mad, his next song 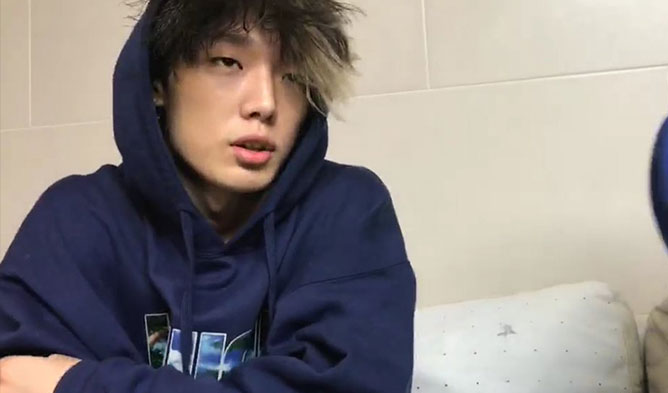 The iKON rapper revealed new information about his second solo album, this album will be full-length. Bobby shared phrases of the song ‘U Mad’, promotional theme of the record material ‘Lucky Man’, knows the release date of the solo music project of the rapper of iKON.

On January 14, Bobby revealed a mysterious teaser to welcome a new musical era, at that time not many details were known about the comeback , days later he shared the first teaser image for ‘ Lucky Man’ , his second studio album. In solitary.

Through various social media and online communities, the iKON rapper started the countdown to the CD release, posting photos and concept posters to promote the project.

Jiwon Kim also shared a teaser clip fantasy which appeared in various funds as natural within a cascade of blue quartz and other psychedelic visions of the image of the idol of the K-pop.

WHAT DOES IKON’S BOBBY SONG ‘U MAD’ SAY?

On iKON’s Instagram account , the YG Entertainment agency artist posted new previews for his comeback with the album ‘ Lucky Man’, ‘U Mad’ will be the title track of the record material. OMG!

Apparently, in the photos they captured excerpts of the theme ‘ U Mad’, in them it was possible to read phrases such as: ‘You are angry’, ‘Why are you angry?’, I feel so alive and You are something new. Ahhhh a new spoiler for the comeback !

The second album soloist of the member of IKON will be launched on 25 January, the themes will be available at popular online music platforms and MV will be published on YouTube. Ready for the comeback of Bobby ?

RM changes his look and ARMY falls in love