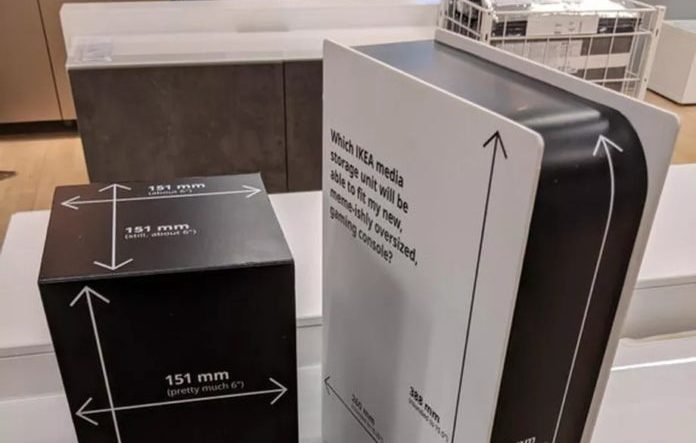 Ikea has placed mock-ups of the same dimensions as the new consoles from Microsoft and Sony. Thanks to these models, users can see if the consoles will fit on the television unit they plan to buy. Photos of these models in the stores were shared on Reddit.

The dimensions and shapes of the mockup boxes are the same as the PS5 and Xbox Series X. On the model of the PS5, it is clearly stated for what purpose the model was prepared, and a little mockery is made. It reads on the box: “Which Ikea television unit can hold my new and big enough to be ridiculed online game console?”

PS5 and Xbox Series X mockups by Ikea look really useful. Since it does not make much sense to carry new generation game consoles to Ikea, it can be said that a useful service is offered to those who want to choose the right product.