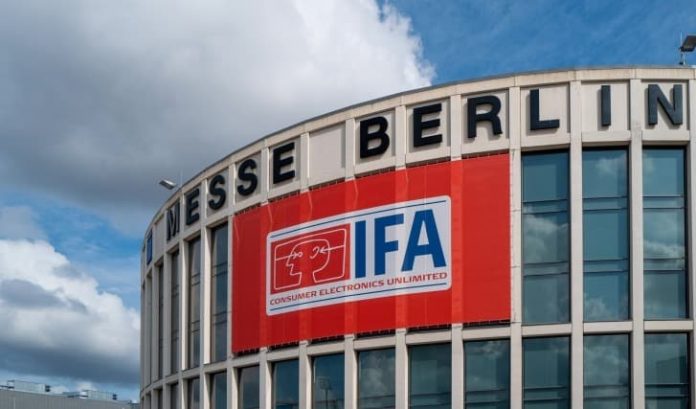 IFA 2020 was generally organized as a virtual event, although there was limited physical participation. This year IFA is planning a “full-scale return” in Berlin. IFA 2021 will take place from September 3-7 at the usual venue, Messe Berlin.

Last year’s IFA event had a physical component limited to invited attendees only, but IFA and its partners seem confident that COVID-19 vaccination programs will be effective enough to run this year’s event as usual. The organization says that more than 80 percent of participating places are already booked.

This year, IFA will feature two new events: Tech Up for Women and Berlin Photo Week, a conference designed by women for women. IFA Next and Shift Mobility will also return with IFA + Summit.

Regardless, IFA Berlin does not expect 2021 to set new records, IFA managing director and deputy chairman of Messe Berlin Jens Heithecker said in a statement. “However, the aim is clear: IFA Berlin is ready for full-scale return to lead our industry once again.” 238 thousand 700 visitors, 1930 industry partners and 5 thousand 360 journalists attended IFA 2019, the last full event.

IFA is among the few major trade fairs planned to be held face to face in 2021. The Mobile World Congress will be held as a physical event in late June. So what; Oracle, Sony, Nokia and Ericsson will not attend this year’s event either. CES, on the other hand, was organized entirely on the internet, like E3, which will be held online next June.