Home Tech IFA 2020 will be held in a different form instead of being... 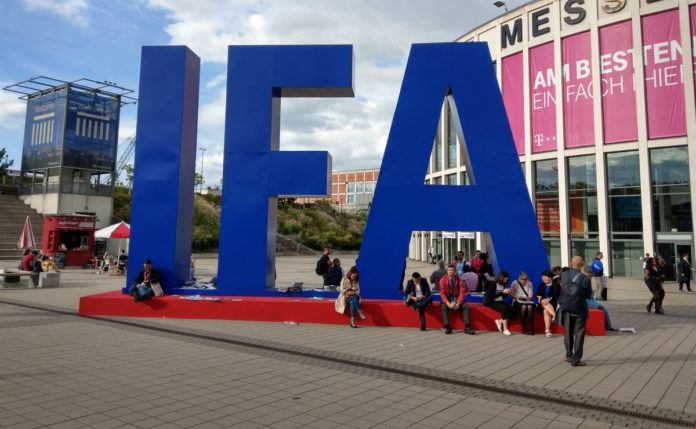 The coronavirus outbreak caused the cancellation of all activities planned to be organized in 2020. Now, an important statement has been made about the IFA 2020, which is planned to be held in September. According to the announcements, the fair will not be canceled due to the coronavirus, but will be held in a different form.

The coronavirus epidemic that emerged in Wuhan, China, and swept the world, has been affecting life negatively since the first days of 2020. However, international events that millions of consumers have been waiting for have been canceled due to the pandemic process. Consumers; They were shaken by the cancellation news of dozens of events such as the Mobile World Conference, the Geneva Motor Show and the 2020 Summer Olympics.

One of the activities that consumers are waiting for is IFA. The fair, which is traditionally held in September every year, brings together the giants of the technology industry and offers a full event to the technology lovers. This year, however, the German government has banned all events that will take place by October and at least 5,000 people will participate. Therefore, IFA was included in this category and now an important explanation has come about the fair.

The fair will be held in 2020, according to IFA officials’ official Twitter accounts. However, as can be expected, the process will not be the same every year because of the pandemic. The authorities, who are aware of this, have also searched for a suitable solution that may be an alternative. According to the statements made, IFA 2020 will be organized in an innovative and new form.

In the statements made by the authorities, there is no clue as to how the fair will be held in September. However, it was emphasized that the studies on the subject have been going on for a few weeks and the planned concept is at an advanced level. So the new form will continue to bring consumers and producers together effectively.

It is not possible to know when the pandemic process will end and when life will return to normal. However, the developments show that the general order of the world has started to change and that the sectors are trying to steer this change. If IFA 2020 events are as successful as desired, we will probably have to prepare for new concepts for other international events in the future.