Home Entertainment If you are in Europe, you can only get the Tesla Model... 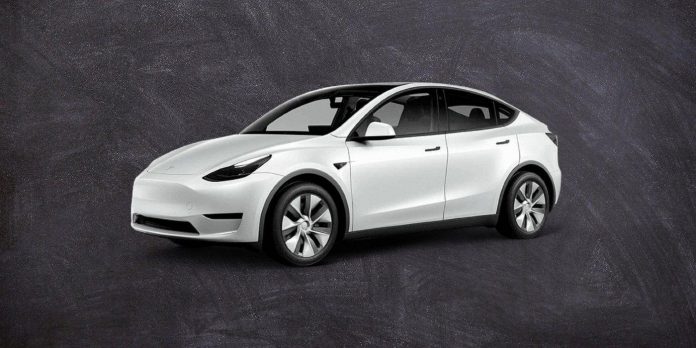 It is reported that buyers of the Tesla Model Y in Europe will receive only two color options for their new electric crossover — black and white. Introduced in 2019, the Model Y is a compact Tesla crossover, which has become increasingly popular over the years. Elon Musk recently confirmed that Tesla is ramping up production of the right-hand drive Model Y amid growing demand in Australia.

Tesla cars designed for the European market are manufactured at the company’s plant in Berlin, which began producing cars earlier this year. Gigafactory Berlin was opened in March with great fanfare in the presence of Tesla CEO Elon Musk and German Chancellor Olaf Scholz. However, earlier this month, Tesla decided to suspend production at the plant for two weeks due to a variety of problems, including slow production times, a shortage of skilled labor and unsatisfactory quality control.

According to a report by the German automotive publication Automobilwoche, Tesla’s new Gigafactory near Berlin assembles the Model Y only in black or white, thereby reducing the number of color options for potential customers in Europe. Officially, the two available colors are called Solid Black and Pearl White. Technically, the car is offered in several other colors, including red, blue and silver, but they are not manufactured in Germany. Instead, they will be shipped from Tesla’s gigafactory in Shanghai and will not be available until at least March 2023.

The problem with limited color options is an industry-wide problem in Europe and is not limited only to Tesla. According to Reuters, most automakers on the continent are currently offering customers fewer customization options for their cars in exchange for faster delivery. The problem is not just about colors, as automakers are reducing the number of engine options, upholstery finishes and various other configuration options as part of their plans to accelerate production amid ongoing shortages of semiconductor chips and other supply chain disruptions.

While automakers pass this off as “simplifying” configuration options for buyers, it helps them increase their profit margins in a competitive market. Some of the companies that are resorting to new tactics include Volkswagen, Renault, Stellantis and others. In the case of Volkswagen, one of the victims of the company’s reduced customization options was the ID electric hatchback.3, which is currently only offered in one version to shorten delivery times. It is unknown how long this trend will continue, but since the global shortage of chips shows no signs of abating, it may be some time before Tesla Model Y customers will be able to choose from the entire repertoire without worrying about excessively long delivery times.