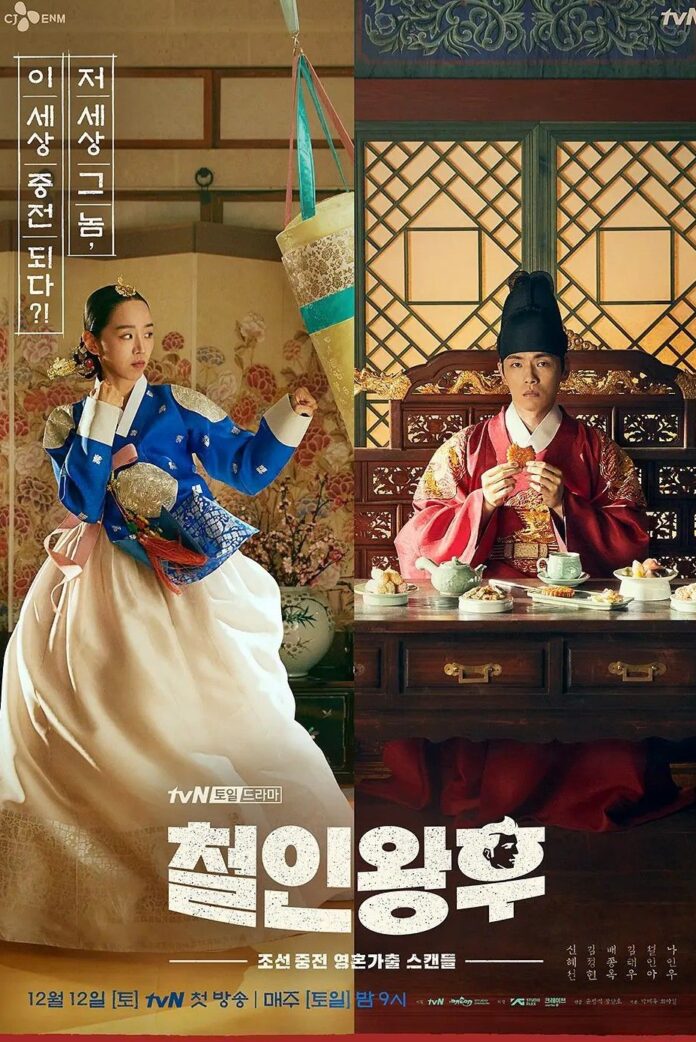 After its premiere on December 12th, the K-Drama, Mr. Queen, is constantly making headlines thanks to its high ratings, high praise, and some criticism as well.

Mr. Queen has turned into a bright and funny comedy starring Shin Hye Sun and Kim Jung Hyun. It begins when the soul of Jang Bong Hwan, a man living in present-day Korea, is trapped in the body of Queen Kim So Yong in the Joseon period.

Kim Jung Hyun introduces himself as King Cheol Jong, apparently a kind and tolerant man but who hides many secrets. Little by little, his character has changed his way of seeing Shin Hye Sun’s character as Queen Kim So Yong.

In the last episodes Kim So Yong (Shin Hye Sun) decided to win the favor of Queen Sun Woo (Bae Jong Ok) to convince her ruler to fill the lake with water.

Little by little, Mr. Queen has seen the change in the dynamic between Kim So Yong (Shin Hye Sun) and King Cheol Jong (Kim Jung Hyun), who are becoming more and more interested in each other.

Although King Cheol Jong in the early episodes hinted at his contempt for Kim So Yong and even believed that he was behind the plot to frame Jo Hwa Jin (Oh Ah Yeon), the monarch has begun to see her from a different perspective.

Where Is YouTuber Belle Delphine Who Is Selling Her Juice In...

Shanique and Randall from The Ultimatum Reflect on How They Watched...