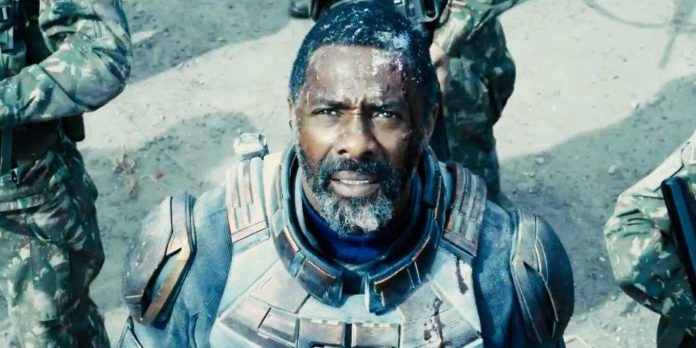 Idris Elba is reportedly in talks about a new DC project. Elba made his DCEU debut last year with James Gunn’s audacious critical hit “Suicide Squad,” which became an independent sequel to David Ayer’s 2016 film. The original plan for Elba was to replace Deadshot Will Smith from Ayer’s film, but to leave a place open for Smith’s return, and due to Gunn’s enthusiasm for working with the actor, he was chosen instead for the role of Robert Dubois/Blood Sport. The hero of the Steve McQueen-style action movie, the tech-savvy mercenary of Elba turns from the malicious villain Superman into a capable leader in the Suicide Squad, and fans praise the actor for his emotional performance and incredible range.

Since Elba’s “Blood Sport” turned out to be so popular, rumors that it would receive a spin-off began circulating shortly after the premiere of the film. “Suicide Squad” producer Peter Safran has also expressed interest in reuniting with Elba, and the actor has also expressed interest in continuing his collaboration with the franchise. Speculation about a “Blood Sport” spin-off was eventually refuted by Gunn, although the filmmaker said we’d be happy to collaborate with Elba again when his schedule clears up. Since then, Elba’s future in the DCEU has been uncertain, although there seems to be some movement now.

Related: “Suicide Squad: The Comic Origin of Bloodsport Is Much Darker Than in the Movie”

According to Eric Davis of Fandango, Idris Elba and DC are working on a new project. Although the source seems to have indicated that Elba is developing the film, there is still some ambiguity regarding the nature of his collaboration with DC. Details of the project are not disclosed at the moment, although Elba suggested that his project in DC is something large—scale. Take a look at the tweet below.

NEW: I just talked to Idris Elba about his new movie #Beast. I asked what we would see him in next — in the Marvel project or in DC, and he replied: DC. He said that he is now preparing a really big deal for DC. 👀 Full interviews for BEAST will be released soon, and my reaction will drop tonight pic.twitter.com/Fmabs6jTnC

Given his star power and social significance, Elba is certainly not an actor that DC Films would like to give up. The star has already established himself in the DCEU, so it would make sense for the franchise to use his lucrative role in “Blood Sport” in a feature film or even a TV show. But at the moment there is no official announcement that Elba’s new DC project is focused on his character from Suicide Squad. Of course, this is a more likely option. But, given the regime change in the newly created conglomerate Warner Bros. Discovery and his departure from streaming, there is a chance that Elba could play a completely different character, presumably as the franchise uses the “Multiverse” or reformulates his previous role.

In a hypothetical situation where Elba returns as a Blood Sport, there are many possibilities as to how he could reunite with the DC Extended Universe. A spin-off show similar to Peacemaker starring John Cena is one of the most obvious options, but given that the new project is most likely a movie, the character’s arc is also fully ripe for adaptation. Earlier, Elba shared his desire to make a prequel film “Blood Sport vs Superman”, which is undoubtedly an intriguing prospect. But given Henry Cavill’s uncertain future as Superman, this idea may not be practical enough. However, regardless of which project Elba and DC are collaborating on, it seems to be in the early stages, and the details will become clear as soon as WBD submits a report on a 10-year plan for DCEU.