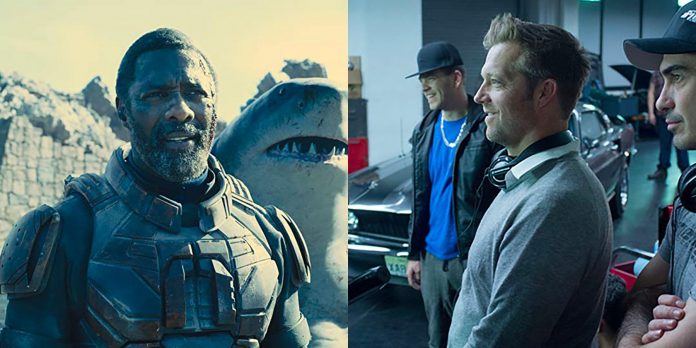 Dark Horse Entertainment and Netflix are teaming up again after the continued success of The Umbrella Academy to release the spy thriller Bang! In the film, Idris Elba will team up with the director of the bullet train, David Leitch.

The Netflix film is based on a comic book series created by Matt Kindt and Wilfredo Torres, and the script adaptation was written by Kindt and Zach Olkiewicz, who also wrote the script for the Bullet Train and Fear Street: Part II. Elba and Leitch will also take over production duties for the project along with Mike Richardson and Keith Goldberg for Dark Horse and Kelly McCormick.

To Bang! the terrorist cult hopes to cause the apocalypse in an unexpected way: with the help of books that brainwash their readers. To stop them, the greatest spy in the world is sent to destroy the author of the books. The comics are a stunning and meta look at the James Bond/super spy trope and feature a multitude of heroes coming together for the common good. It is currently unknown whether the film will follow the plot of just one episode of the series or whether it will be an amalgamation of the series, although it is likely that it will lean more towards a retelling of the original release, which mainly focuses on the story of the spy Thomas Cord. Comics also bring author Matt Kindt into the story, so it will be interesting to see if this aspect persists, especially given that Leitch worked on Deadpool 2.

Slam! — not the only Kindt and Dark Horse project that Netflix is working on. The author’s series Mind MGMT is also being adapted into a series for the platform. Another look at mind control, Mind MGMT, shows how a young journalist accidentally stumbles upon a top-secret mind control program after she begins investigating a flight in which everyone on board suffered from amnesia at the same time. The comic also features psychics They Live! advertising style and talking dolphin.

Slam! and Mind MGMT join previously announced Dark Horse projects, such as the drama series Revenge Inc. and the feature film “Lady Killer”. Revenge Inc. focuses on an underground facility that specializes in revenge, while Lady Killer sees a 1950s housewife leading a double life as an assassin for hire. Blake Lively will star and produce.

No details about the production or release date are currently known about any of the projects, but it has been announced that Emmy-nominated writer and producer of “Very Strange Things” Curtis Gwynne has joined Mind MGMT. Kindt also recently launched his own label in Dark Horse called Flux House.

Slam! currently in development at Netflix.