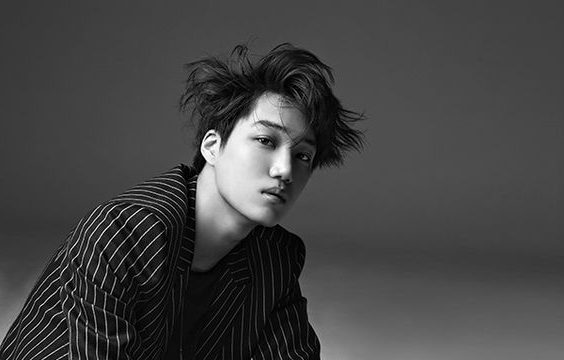 Fate changed their lives and they became idols.

¿ K-Pop ? There are idols who could follow another path thanks to their knowledge and studies, but by a stroke of fate or a good audition, their path was to be singers in the Korean industry.

Some of them were not looking to be idols , but different circumstances led them to debut, others studied a career, but their dream was always to be singers and they have succeeded. Can you imagine having known Jimin for being a dancer instead of BTS? Or a member of Super Junior for playing in the most famous soccer leagues? We leave you a list with the idols that could have another profession.

Super Junior’s Donghae
The idol could have become a professional footballer, but wanting to fulfill his father’s dream of being a singer, he decided to audition for the SM company, since then, he is part of Super Junior, Super Junior D&E and composes some of the songs of the group, has also acted in some dramas.

BTS RM
ARMY knows Namjoon’s taste for art and museums. Would I become a teacher or something related? The idol has already revealed that he is studying a specialty in that area, hopefully he will find the path he wants in that passion.

EXO’s Kai
He is the main dancer of the group, if he were not an idol, Kai would be a choreographer, either professionally, in some K-pop agency or as an artistic career.

GOT7’s Jackson Wang
The idol comes from a family of athletes, he has extensive fencing knowledge, if he had not debuted, today he would be a great athlete. Can you imagine seeing him compete in an Olympic championship?

BigBang’s G-Dragon
The idol could be a teacher, physical therapist or something related to the world of athletes, as he studied at the Digital Gukje University in the specialty of Sports Studies.

Jimin from BTS
ARMY knows of the great talent he has as a dancer, has knowledge of contemporary dance and graduated from the School of Performing Arts. His talent has been demonstrated in several MVs, most recently in “Black Swan”. Can you imagine Jimin in some famous theater or play? Without a doubt, he was born to make art with his body.

Song Joong Ki
He is a renowned Doramas actor, but if he were not an actor, the idol could well be in the business world, since he has a career in Business Administration that he studied at the University of Sungkyunkwan, one of the most prestigious.

DAY6’s YoungHyun
The singer could also have been a recognized businessman, as he has a Master in Business Administration. To be sure, in the K-pop industry it’s not all dance and talent, the boys also have skills in other areas, but fate decided to launch them to fame.

Titular match – Luchador gets his first victory on television