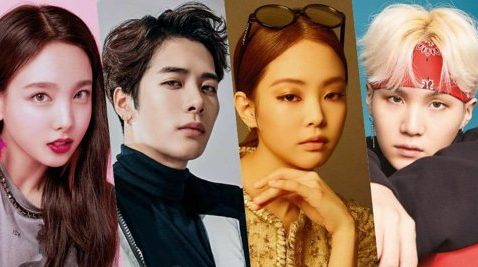 Idols team up to fight the coronavirus. These personalities from the Korean entertainment industry have come together to contribute their grain of sand.

South Korea is one of the countries that has suffered most from the outbreak of COVID-19, the idols have worried because of this.

The members of the South Korean entertainment and entertainment media have realized that with efforts the country can move forward, since the blow they have received nationally due to the disease that threatens the world.

These are some of the idols, models, even companies that have donated to the cause of research and to treat the sick:

Eunhyuk , a member of Super Junior donated approximately more than $ 80,000 to the ‘Disaster Aid Association’ that belongs to the ‘Hope Bridge’; rapper Simon Dominic gave more than $ 40,000 to the same association , he did it with his real name, Jung Ki Suk.

JYP Entertainment has joined this movement and has awarded more than 450 million won for the purchase of medical items , such as masks, for health and for personal hygiene items to be distributed, the money was given to the ‘Community Chest of Korea ‘.

Elon Musk became the second richest person in the world

Bryan Myers reveals a secret to his former character

FDA Warns of Risks to Participate in TikTok Challenge

Ripple: Manipulating XRP is at Our Loss