Home News Idols who have suffered from mental illness 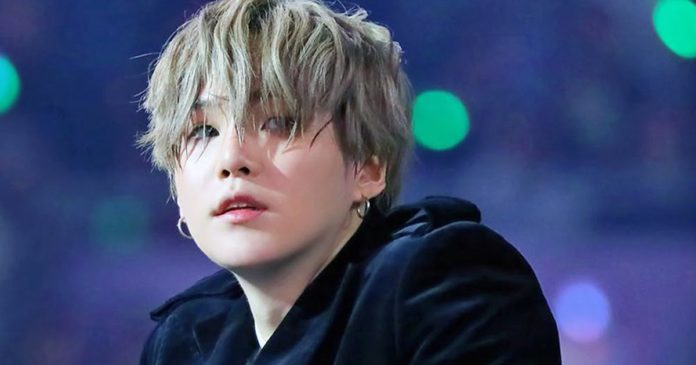 Idols who have suffered from mental illness. The difficult moments they have lived led them to face one of those diseases.

No one in the world is exempt from suffering any disease , this also applies to mental health , since it does not matter your profession, economic position or the country where you live, even who apparently has everything to be happy, can face difficulties of this type .

There are more and more idols who talk about this important subject, so other people also decide to ask for help knowing that they are understood and that there are others in the world who are willing to support them. See here a list of idols who have suffered from mental illness:

SUGA
Since before his debut, Suga had experienced difficulties that led him to face depression, so within his songs he reflects those feelings and shows his support for those who feel the same way.

MINE
The Twice member was diagnosed with an anxiety disorder that kept her away from group activities for a few months.

shes so elegant, i absolutely adore her #twicemina#minatwice#mina#myouimina#minamyoui#미나#트와이스#トゥワイス

NAM TAEHYUN
Taehyun’s case is known because it was one of the reasons why he left WINNER, although it was said that he would retire to take care of his health, this idol resumed his activities outside of YG Entertainment, but continues to have bad times due to the depression that has experienced.

TABLE
The Epik High member has said that although he suffered a difficult depression, he could not say that he has completely overcome it since it is a constant process of struggle.

JI YEON
The T-ARA member was sent to receive professional help after admitting that she was facing a difficult situation reflecting on her identity outside the group and the perception her fans had about her.

KANG DANIEL
Shortly after his debut, Kang Daniel had already faced many difficulties as an idol, which led him to suffer anxiety and depression, so he took a break to take care of his health.

JACKSON WANG
During the Bullet To The Heart promotions, Jackson said he had chosen a straitjacket for the video after he was diagnosed with depression, so he wanted to motivate others to seek help when they need it.

TAEYEON
Over the past year, this idol held a question-and-answer session with her followers, where she let them know that she was struggling with depression, receiving treatment, and taking the medications that had been prescribed.

LEETEUK
After the death of his father and grandparents, this idol faced a problem of depression, since in addition to his tragic loss, he acquired the responsibility to take care of his father’s debts.

JOOHONEY
The Monsta X member had to take a break from his activities with the group because he had symptoms of mental anxiety.

YESUNG
Although the Super Junior member went through some difficult times that led him to face depression, the members of the group stayed ahead and helped him get ahead.

TOP
It was during 2018 that it was revealed that the BIGBANG rapper suffered from anxiety attacks and depression.

PARK BOM
While still living in the United States, this idol witnessed a death during one of her soccer games, the trauma Park Bom suffered from it led to depression and she had to receive pre-written medication to deal with it. .

G DRAGON
During 2014, the BIGBANG member had a difficult time with depression, he recognized this later, making it known that this had been one of the reasons for his group’s hiatus, since he felt too much pressure to satisfy his followers.

KEY
The idol once commented on the post of a fan who used to self-harm, in addition to showing his support for getting ahead Key admitted that this was a habit that he also had due to some difficulties, but he had quit and expected her to do the same

YOONA
The Girls Generation member had a hard time after her debut, she had started working in entertainment since before that happened, but even that didn’t save her from receiving bad comments that tormented her and made her fall into depression.