Home Entertainment Idol: Everything We Know about the Upcoming HBO Series 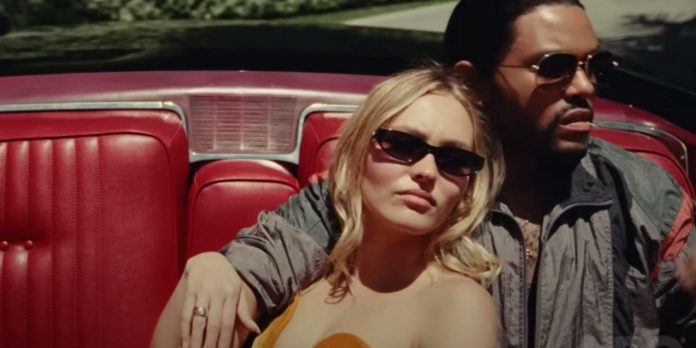 Euphoria’s Sam Levinson and singer-songwriter The Weeknd present the upcoming HBO musical drama “Idol.” Announced back in July last year, the soon-to-be-released series recently received its first official teaser, giving viewers an idea of what to expect from “the dirtiest love story of all time.” And this is betrayal and debauchery, packed into the distinctly cool aesthetics of A24.

Following in the footsteps of other uncensored HBO shows, “Idol” promises sex, drugs, more sex and an impressive cast led by Lily-Rose Depp and The Weeknd himself (Abel Tesfaye). At the moment, we know that the first plays a pop star named Jocelyn (titled idol?), and the second plays her beau Tedros, the mysterious owner of a Los Angeles club and a modern cult leader. In addition to this (and a lot of controversy), here’s what else you can expect from the “sick and perverted minds” of Levinson and Tesfaye.

“Because there’s nothing akin to me,” she replies (unintentionally criticizing Euphoria’s characters). Dancing, touching and enjoyment follow, before Tedros asks the pop star, “Do you trust me?” and she grins, telling him, “Not really.”

The second teaser shows much the same, except that it introduces more actors, including Dan Levy, Jenny Ruby Jane and Rachel Sennott. It seems that Jenny from Blackpink, in particular, will play a significant role in the series as Jocelyn’s best friend, although nothing has been confirmed about her character yet. We are also waiting for the release date of “Idol”, as the teaser ends with the teasing words “Soon”.

“Idol” marks Tesfaye’s first major acting role and Depp’s first role on television. Tesfaye, professionally known as The Weeknd, is best known as a versatile singer and songwriter who has created hits such as “Starboy” and “Blinding Lights”, although he is not exactly a novice in acting. In 2019, he starred in the A24 crime drama “Uncut Jewels” directed by Josh and Benny Safdie with Adam Sandler in the title role. Having played a fictional version of himself, the singer-turned-actor played a small but memorable role in the film, in which there was a fight scene with the main character Howard Ratner (Sandler).

Lily-Rose Depp, the daughter of French singer and actress Vanessa Paradis and Hollywood icon Johnny Depp, has significantly more acting experience, although “Idol” may well become her breakthrough hit. Depp began her acting career with a small role in the A24 horror comedy “Tusk” and has since starred in the films “Yoga Hosers” (a spin-off of the previous film), “The King” and many others. Playing a pop star in “Idol,” Depp previously voiced “Yoga Hosers,” performing covers of songs with fellow cast member Harley Quinn Smith. Like her mother, she can carry a melody.

Other names in the crowded “Idol” lineup include musical performers Troy Sivan, Moses Sumney and Jenny Ruby Jane. Other confirmed actors include:

The Weeknd co-created The Idol with Sam Levinson and his own longtime creative producer Reza Fahim. It was originally planned that the six-part series would be directed by Amy Seimets, but after changing the creative direction of the project, Seimets left and was replaced by Levinson. Sam Levinson is best known as the creator of the controversial HBO teen drama “Euphoria,” although he has also directed the films “Another Happy Day,” “Nation of Killers” and, most recently, “Malcolm and Marie.” “Idol” is produced by A24, a studio that the director is familiar with since he worked as an executive producer on the films A24 X and Pearl, both directed by T. West.

The Weeknd, Levinson and Fahim are considered co-creators of the series. Joe Epstein and Mary Laws are also included as screenwriters, the latter of whom co-wrote the script for the thematically similar “Neon Demon” directed by Nicolas Winding Refn with Elle Fanning in the title role. The Weeknd may be new to television, but as a songwriter he’s used to telling stories through his music. Many of his songs are about personal experiences, and by the way, he likes to sing about sex, drugs and alcohol: three things that viewers can expect from “Idol.”

The Idol doesn’t have an official release date yet.