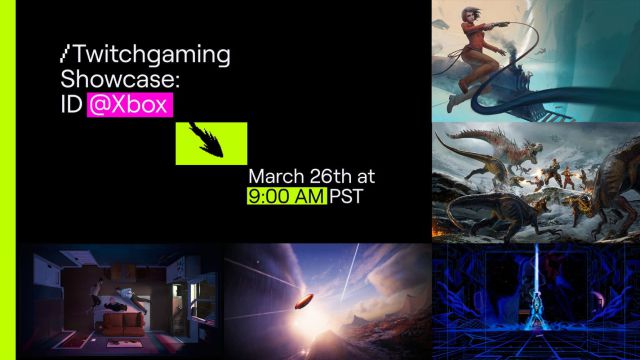 This Friday, March 26, there will be a broadcast with gameplays of more than 25 games and independent titles that will reach Xbox Game Pass.

Xbox will celebrate this Friday, March 26, the first Twitch Gaming Showcase: ID @ Xbox, a new episode of the ID @ Xbox program in collaboration with the Amazon video game label to present more than 100 titles from independent developers from around the world.

What awaits us at the Twitch Gaming Showcase: ID @ Xbox

The collaboration, which will include updates to works on the way such as Second Extinction, The Ascent, The Wild at Heart, Voidtrain, Exo One or S.T.A.L.K.E.R. 2, will add more than 25 new gameplays, interviews with developers and surprises that we still do not know.

“The event will feature announcements from ID @ Xbox program partners, new indie titles coming to Xbox consoles and Xbox Game Pass, new trailers and gameplays of more than 25 games, and developer interviews from top Twitch streamers.” . Among all the confirmed publishers, the North American company has anticipated the presence of DrinkBox Studios, Curve Digital, Devolver Digital and Dear Villagers.

How to stream the Twitch Gaming Showcase online: ID @ Xbox

To follow the online broadcast of this Twitch Gaming Showcase live: ID @ Xbox on March 26, 2021 we can choose either the official Twitch Gaming Twitch or the Xbox one from 5:00 p.m., Spanish peninsular time ; 16:00 in the Canary Islands.

What time is the Twitch Gaming Showcase: ID @ Xbox worldwide?

Gran Turismo 7: its director will continue to work on the...