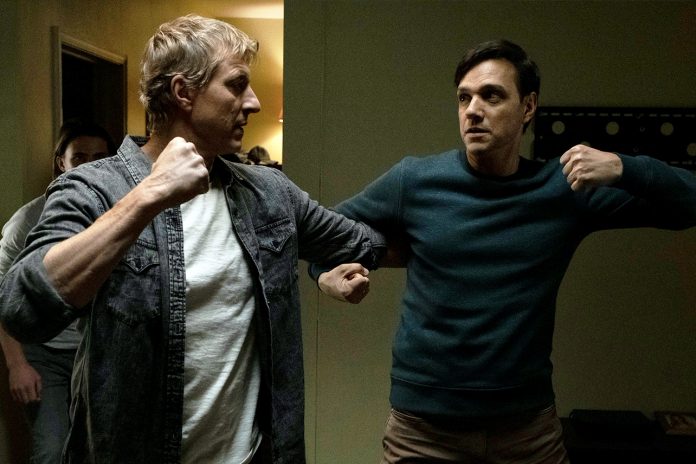 Even at a time when reboots and remakes were going haywire, few expected that The Karate Kid franchise was still running.

In fact, nearly a decade after the 2010 Will Smith-produced remake, Cobra Kai brought original stars Ralph Macchio and William Zabka back to the roles that made them famous.

The impact of The Karate Kid on Ralph Macchio’s career cannot be underestimated. But even though he had long refused to play Daniel LaRusso again, the actor has had a daily reminder of his experience playing the character. According to an interview, Macchio revealed that he has held onto the real car that Mr. Miyagi from Morita gives Daniel in the movie.

“I asked if I could buy the car. I didn’t hear from anyone until the second Karate Kid sequel came out. My doorbell rang the day the movie came out and there was a platform in front of my house with the car on top. They gave it to me, it was incredible. It’s one of the most famous cars in the movies, and it means a lot to me. ”

Given his iconic status, Macchio doesn’t often drive the 1947 Ford Super De Luxe. He admits the car doesn’t always run perfectly. But he has managed to keep it in good general shape. Ralph Macchio even revealed that he had the mechanics inspect the car. And he considers himself more the custodian of a classic piece of movie memorabilia than anything else now.

Now that he’s reprized Daniel LaRusso, it’s only fitting that the character’s 1947 Ford is making a comeback as well. After all, Cobra Kai features a ton of stories that originally happened in The Karate Kid movies.

See Also
When fans could expect the new Netflix installment

So longtime fans might be interested to know that, yes, this reverence extends to the regular appearances of Daniel’s first car.

In fact, the 1947 Ford has appeared in several episodes of Cobra Kai. The show even establishes in season 3 how the car impacted Daniel’s life. In fact, it was this gift from Mr. Miyagi that inspired Daniel to get into the car sales business.

By the time Cobra Kai catches up with the Karate Kid hero, he owns a successful car dealership.