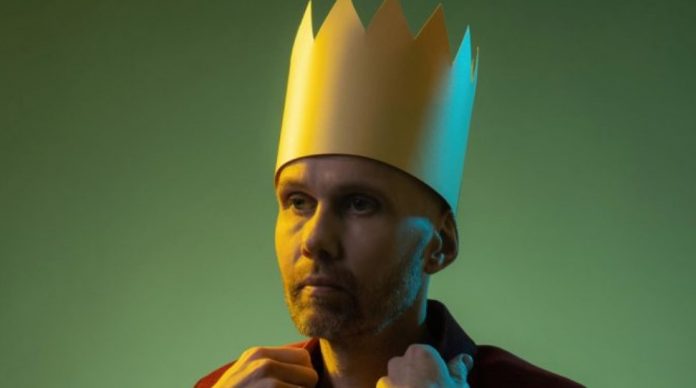 Icelandic songwriter Prince Polo has died at the age of 45 from cancer.

Polo, whose real name was Svavar Petur Eysteinsson, was diagnosed with stage four cancer in 2018 [via an Icelandic Review]. His death was announced last Thursday (September 29).

Eysteinsson’s latest music release was a joint EP with S.H. Draumur called “Sjoppan”, which was shared in September. His latest album Prins Póló “Falskar Minningar” was released in 2020.

Ruv.is reported that Eysteinsson played in bands including Múldýrið, Rúnk and Skakkamanage throughout his career before pursuing a solo career under the name Prins Póló.

“Posters with the lyrics of his songs became popular in homes and cafes all over Iceland, as well as products that he created and sold under the names Bulsur (grain sausages) and Bopp (for example, popcorn, with the exception of Icelandic barley),” the publication says. added.

“Svavar Petur and his wife Berglind Hesler were engaged in accommodation and cultural events in Karlsstadir in Berufjordur. He is survived by three children: Hrolf Steinn, Aldis Roon and Eliza.”

Tributes were sent in memory of the late musician, including from Islendingadagurinn (The Icelandic Festival in Manitoba). The organizers of the festival wrote: “Líf Ertu Að Grínast”, “Life, are you kidding?” Very sad to hear about the passing of our friend @Prinspolo. he left behind.”

A fan tweeted: “RIP Svavar. Prince among men. A really sad day for Iceland and Icelandic music,” while another said: “Svavar Petur was a unique artist. Condolences to the family and friends.”

Elsewhere , Haraldur Thorleifsson of the Icelandic band Önnu Jónu Son wrote: “Svavar was going to come to my place to listen to karaoke on Saturday. At first, he was going to perform in a stand-up position. He had all sorts of plans. Now we have to laugh, sing, create and play for the dear prince.

He then shared a video of Polo performing his song “París Norðursins”, filmed live at the Kex Hostel in Reykjavik during Iceland Airwaves 2014.