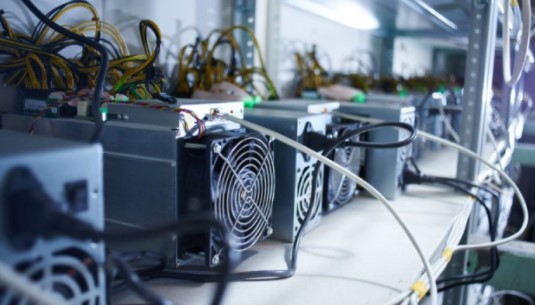 Iceland, from December 7th, new power requests from Bitcoin mining operations will not be accepted.

After China, this country also started to corner cryptocurrency miners. Iceland, from December 7, new power requests from Bitcoin mining operations will not be accepted.

National Icelandic power company Landsvirkjun has announced that it is reducing the amount of power it will provide for some industries, including aluminum smelters and Bitcoin miners.

A representative from the island’s power utility reported that the power station had to reduce its energy allocation to southwestern Bitcoin miners and various industrial facilities due to a series of issues, such as low hydro-reservoir levels and access to energy from an external supplier.

Mining operations have long attracted interest in the country due to the abundance of geothermal energy harvested to create cheap and abundant renewable energy sources. However, according to Landsvirkjun, new electricity requests from mining operations will be rejected until an as yet unspecified date from December 7th.

For nearly a decade, miners have been struggling to fulfill the promise of eco-friendly Bitcoin mining in Iceland. In 2013 Cloud Hashing moved 100 miners to Iceland. In November 2017, the Austrian company HydroMiner GmbH raised approximately $2.8 million in an initial coin offering (ICO) to install mining rigs directly at Icelandic power plants.

Very Low Use of Non-Renewable Resources

The country’s aluminum smelting industry was the one most affected by the distribution failure. Aluminum prices rose 1.1% on December 7 to reflect the bottleneck in supply due to the recent increase in demand and shortage of current power supplies.

Globally, green blockchain initiatives are in vogue in 2021. Thought leaders at the COP26 conference in Glasgow, Scotland, discussed energy-intensive Bitcoin mining. The conference saw the launch of the GloCha United Citizens Organization (UCO) for action on Climate Empowering. It will use blockchain technology to advance climate change goals.

Bitcoin drops to less than $ 50k for the first time...

The giant stock exchange warns users of this country! Your account...