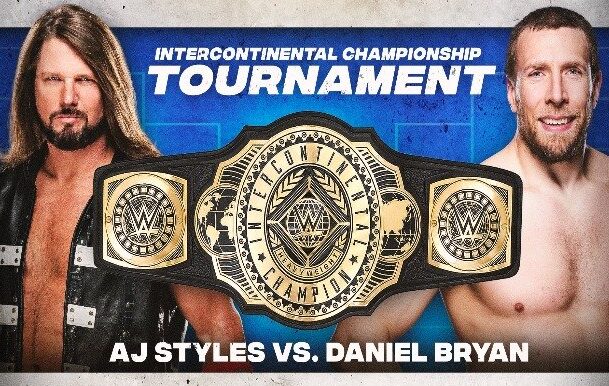 Daniel Bryan will face AJ Styles in the final of the Intercontinental Title tournament.

During the last episode of WWE SmackDown the semifinals of the tournament would be held for the Intercontinental title of WWE. However, at the beginning of the program, we saw how two of the four semifinalists were involved in an altercation. On the one hand Jeff Hardy was arrested and Elias was sent to the hospital by ambulance. The decision was made that AJ Styles would advance to the final and on the other hand a 10-star superstar battle royal would be organized where the winner would face Daniel Bryan to determine the final finalist.

Sheamus won the battle royal and had the opportunity to be in the semifinals with Daniel Bryan. However, Sheamus failed to defeat Daniel Bryan and it was he who advanced to the final to face AJ Styles in the future. The result of this semifinal was affected by the appearance of Jeff Hardy, who intervened in the fight to mislead Sheamus.

How was the match in the semifinals of the tournament?

We continue with WWE SmackDown live.

The combat begins with a struggle between both fighters. Sheamus searches for the headlock over Daniel Bryan to try to take the first takeover of the bout. However, Bryan reverses it and now it is he who takes the headlock. Sheamus escapes and they start a different type of padlock again. The Celtic Warrior puts pressure on his jaw and Bryan corners him against the corner. Daniel proceeds to apply a series of uppercuts, but Sheamus responds with a clothesline and knocks him down. Sheamus takes control of the combat and attacks him with several right hands. After the right hands, he puts pressure on his jaw, but the referee stops him. Sheamus sends him to the corner, Bryan reverses it and with the help of the impulse of the ropes he achieves a clothesline and sends him out of the ring to apply a suicide dive.

Sheamus retakes control of the fight despite being punished by Daniel Bryan and continues the action in the ringside area. Sheamus stamps him against the barricade and addresses Michael Cole to yell at him. The Celtic Warrior reintroduces his opponent into the ring and tips him a flying clothesline from the third rope. Daniel Bryan tries to get to his feet with a series of right hands, tries to launch himself from the corner, but Sheamus catches him and gives him a backbreaker. He continues his domain and tries to launch it with a superplex from the third rope, but he does not succeed. Daniel Bryan takes a dropkick from the third string and proceeds with the Yes! Kicks. However, Sheamus dodges the last one, but Bryan catches him in a roll-up and the account reaches 2. After the account reaches 2, Sheamus applies a White Noise, covers it and the account is at 2. Daniel Bryan He tries to put Sheamus on the corner with a series of dropkicks, but this prevents him with a clothesline. Sheamus prepares the kick kick, BUT JEFF HARDY APPEARS, GETS HIM AWAY, DANIEL BRYAN GIVES HIM A RUNNING KNEE AND WINS THE FIGHT.

AT THE END OF THE FIGHT, JEFF HARDY APPEARS TO ATTACK SHEAMUS.

RESULT: Daniel Bryan advances to the final of the Intercontinental Title tournament and will face AJ Styles.

"It was me. I started the Yes! Movement. 18 seconds at #WrestleMania." @WWESheamus tries his best to get into @WWEDanielBryan's head during a pressure-filled #ICTitle Tournament battle. #SmackDown pic.twitter.com/B4OMGRpF8z

Plus belle la vie: Pavel can escape from prison!