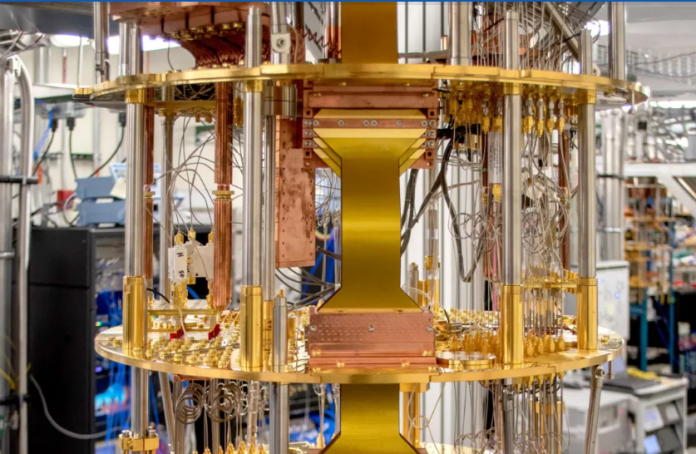 In a nutshell: IBM has introduced a new quantum processor that is much larger than its predecessor. The new IBM Quantum Osprey with 433 qubits is three times the size of the Eagle processor announced by IBM last year, and has the largest number of qubits among all IBM quantum processors. For comparison, the Eagle 2021 processor contained only 127 qubits.

According to IBM, Osprey has the potential to perform complex quantum computing far beyond the capabilities of any classical computer. On the one hand, the number of classical bits needed to map the state of the Osprey quantum processor is much larger than the total number of atoms in the known universe. That’s a lot.

Dr. Dario Gil, IBM senior vice president and director of research, said the new processor brings them closer to the moment when quantum computers will be used to solve previously unsolvable problems. “This work will be fundamental for the coming era of quantum-oriented supercomputers,” Gil added.

Processors are only part of the equation. IBM also announced a beta kernel update for the Qiskit Runtime, which allows users to trade speed for a reduction in the number of errors with full support, which will appear in 2025.

Users now additionally have full access to dynamic circuits, which allows them to use classical calculations during the coherence of qubits to use the best of both worlds. IBM has stated that dynamic circuits will significantly reduce the length of some quantum circuits and increase the short-term potential of useful quantum computing.

“Our breakthroughs define the next wave of quantum computing, which we call quantum-oriented supercomputers, where modularity, communication and middleware will help expand scalable computing power and integrate quantum and classical workflows,” said Jay Gambetta, research associate and vice president of IBM. IBM Quantum.

IBM believes that 2023 will be an important turning point, when the foundation of quantum-oriented supercomputers will be laid thanks to advances such as modular architecture and hybrid cloud middleware that will use a set of tools to create circuits.

IBM’s development roadmap points to the emergence of more powerful quantum processors on the horizon. The tech giant is preparing to announce a Condor with 1,121 qubits next year, followed by a Flamingo with 1,386+ qubits in 2024.

It’s easier to install extensions on Firefox for Android