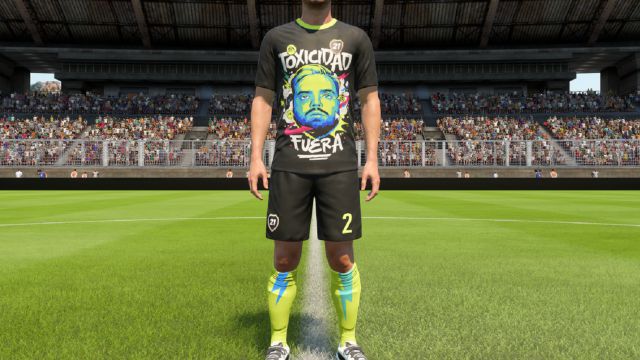 FIFA 22: Popular streamer Ibai Llanos stars in a special outfit as part of the new FIFA 22 promotion. Now available as SBC. FIFA 22 is another of the Electronic Arts titles where the company is committed to eradicating behavior against players. After doing it in Battlefield 2042, now the EA Sports team takes another step in that fight. Ibai Llanos is the face of a special clothing under the slogan “Toxicity out”, which he himself popularized a few months ago.

Get your special kit in FIFA 22

The shirt has a unique design made by Alejandro Parrilla, which leaves the face of the popular streamer in the center between the two words of his motto. “The inclusion of the streamer’s applauded phrase in FIFA 22 reinforces EA’s commitment to positive gaming and the recommendations set forth through the Positive Gaming Charter to ensure its gaming communities are fun, fair and safe for all.” reveals the editor in a press release.

Equipment can be unlocked in-game by completing a simple Squad Building Challenge (SBC). To do this, you must form a complete eleven with the following requirements:

Once you fill in the positions, you will receive your set to use in all Ultimate Team modalities. You must hurry: you have until October 22 at 7:00 p.m. (CEST) to be able to get it.

The promotion of Ibai Llanos coincides with the start of the first major series of UEFA licensed items. Road to the Knockouts celebrates the group stage of European competitions with a selection of footballers from the Champions League, Europa League and Conference League. Depending on your performance in real life, your stats will improve. Click on this link to know all the details.

How to Get Master’s Seals in Fire Emblem Warriors: Three Hopes