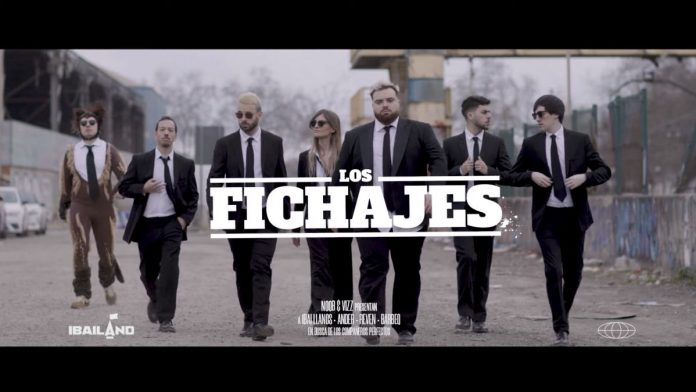 Ibai Llanos, after announcing his departure from G2 Esport to undertake an independent project, introduces the members of Ibailand.

Ibai Llanos has presented the members of his new project, Ibailand, on his Twitch channel, who will now be part of the audiovisual productions mainly related to video games of the young star. After announcing his departure from G2 Esports, the streamer and broadcaster (both sports and esports) revealed on Monday night the additions of his team of content creators.

Three were known names and four were left to be revealed. The retransmission of LOS NUEVOS FICHAJES, as the video is titled, featured television production values. His former colleagues from G2 Esports, Barveq, Ander and Reven, joined Ibailand from the start; but it was necessary to know who would be the members who would join this lineup of influencers, all of them recognized in Spain (and who have openly defended their position in favor of paying taxes in Spain.

We are talking about Cristinini, Werlyb, KNekro and IlloJuan, the latter announced at the end, who had to absent himself from the video production for other reasons. But he will be there, and with him there will be eight members of Ibailand. There were guests like Claudio Serrano, known for lending the voice of him in Batman or video games like Days Gone; and it has been a success. In fact, an average of over 200,000 viewers remained on Twitch and a peak of 417,631 viewers was reached at 9:27 p.m., according to TVTOP Spain.

The future is unknown, but everything indicates that Ibailand will be a success. Currently, video games like Rust are the main focus of the individual broadcasts of these streamers, but this Ibai company seeks to raise the bar and offer productions that go one step further.

YouTube.com can now be installed as a web app

Campus: Bac + 5 graduates find it difficult to find a...