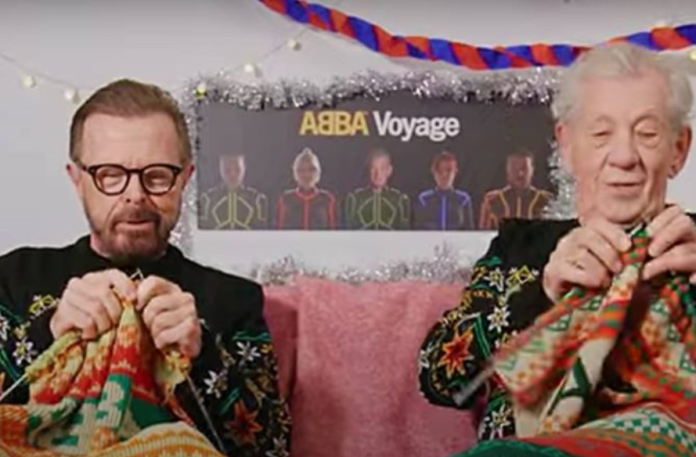 Sir Ian McKellen and Bjorn Ulvaeus from ABBA are back with another festive knitting video.

Last year, the couple shared a video of them knitting Christmas jumpers with the ABBA logo in silence.

This year they teamed up again for a video in which the couple knits the latest collection of the band’s holiday sweaters.

In the video, which you can watch below, you can also see the couple talking about the ABBA poster, with McKellen in the background.

Jumpers are part of the group’s new product range, which also includes Christmas cards and hats with pompoms, which you can buy here.

The ABBA Arena in London’s Queen Elizabeth Olympic Park is also imbued with a festive mood from today (December 2): large ABBA lights outside the arena greet guests, and snow is falling on the legendary inscription.

Last month it was announced that the ABBA concert residency “Voyage” will be extended until November 2023 due to demand.

The show, which has been widely recognized for its revolutionary technology and premiered in May this year, was described by NME as “an epic mega-mix of avatars from a brave new world.”

He added that “digital magic is combined with pure pop music for a pleasant sensory overload, as non-holograms make their way through the gilded hits.”

The review concluded that while “aging rockers and poppers are bound to emulate this idea,” it will be difficult to “approach the ABBA Voyage experience.”