Home Entertainment “I would pee in my pants…” — Will Ferrell Is Ready to... 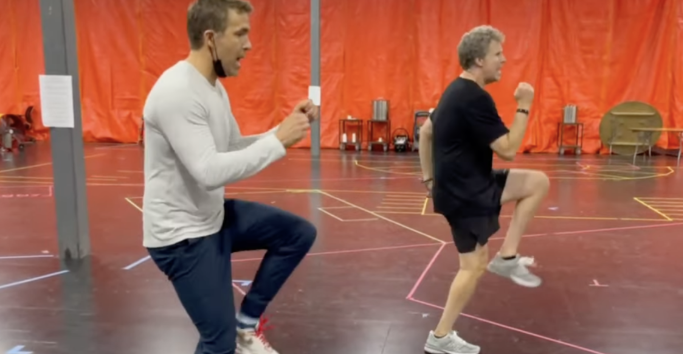 During his long career, Ryan Reynolds first appeared in a musical with Will Ferrell. Although the film received mixed reviews, the audience highly appreciated the performance of these actors. While the “Deadpool” actor has already expressed his willingness to perform one of the hit songs from the film at the Oscars, his colleague recently said the same. Is Will Ferrell ready to perform this song in front of the whole world?

The musical film Spirited was highly praised for the arrangement of the music in the film. And of course, the musicians created an amazing musical atmosphere throughout the film, as we can see above in the video. Nevertheless, Reynolds is ready to embarrass himself if the song Good Afternoon from the film gets an Oscar nomination. What about Will Ferrell? Is he ready to do the same or just wants to skip the awkward part? Let’s find out.

Does Will Ferrell want to embarrass himself with Ryan Reynolds at the Oscars?

The film “Spiritualized” is a modern retelling of Charles Dickens’ novella “A Christmas Carol” from 1843. Thanks to the success of the film and the musical numbers in it, the stars also presented the best Christmas gift to the fandom. While the songs from the film are very much loved, Will Ferrell told Deadline in his interview whether he would perform this song with the Deadpool actor on stage.

When the interviewer asked him about his readiness, the actor spoke about his experience of making music, revealing the answer. Ferrell said that after 7 weeks of rehearsals and coordinating all the jumps into choreography, and then multiple live performances, the process of creating a musical was certainly difficult.

He even sang this song live, which he was proud of. Since this was the only good reason to create a remake of the Dickens novella, the actor of The Office responded in the funniest way. He said, “If Ryan’s in, then so am I. It would be exciting and I’d be pissing in my pant backstage all day.”

Although both actors have a great sense of humor, it would be very interesting to see them sing together live. What do you think about it? Would you also like to see them sing at the Oscars? Tell us in the comment box below.