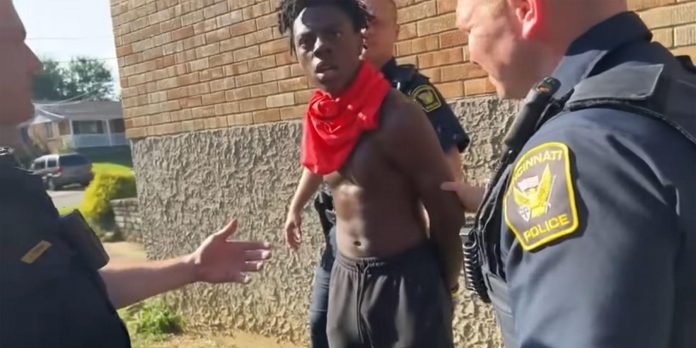 Swatting is not a particularly new phenomenon. The term itself appeared somewhere in the mid-2000s, but the basic premise of a prank call to an emergency service dates back decades. Although some countries have taken steps to criminalize these dangerous practical jokes, they continue to be a semi-regular phenomenon. And although the victims can be both individuals and public figures of all stripes, streamers on platforms such as Twitch and YouTube seem to be popular targets.

YouTube streamer IShowSpeed has become one of the last online personalities to fall victim to the Swatting incident. Known for his chaotic live broadcasts, the YouTuber has about 10.5 million subscribers, more than 3 million of whom saw him handcuffed live by Cincinnati Police on August 8.

Many of IShowSpeed’s more than 10 million fans tuned in to a live broadcast called “wtf” on Monday. However, viewers were surprised to see the YouTuber in handcuffs and surrounded by three Cincinnati police officers instead of his usual antics. The operator approaches the group to inform IShowSpeed that he has been hit, but the fourth officer orders him to retreat, which the operator does. Viewers can hear IShowSpeed telling the officers, “I didn’t know, bro. Oh my God, bro. I swear I didn’t do anything.”

Then another officer steps forward and takes the cameraman away from the scene. The officer then appears to physically snatch the phone from the operator’s hands before throwing it onto a nearby table with a loud bang. Viewers can then hear a muted conversation between IShowSpeed and the responding officers. Although the words are difficult to understand, viewers can catch parts of the conversation, including the word “swatted” and one of the officers saying: “I believe you.” It lasts less than a minute before the officers find out about the live broadcast and force it to close.

This is not the first time that a controversial YouTube and Twitch streamer has run into local emergency services. To celebrate the 4th of July, IShowSpeed made the unwise decision to launch a Pikachu fireworks display on his bed. The room soon filled with smoke and sparks before the pyrotechnics eventually scattered across his floor. This brought IShowSpeed a visit to the fire department, and his viewers could watch live as they inspected the room for damage. However, yesterday’s meeting exposed the streamer to a completely different danger.

IShowSpeed is also not the only streamer who has recently been the victim of an apparent swoop. PixelKitten and HeyItsMeSalty were slammed in June, and Canadian streamer Twitch Keffals woke up on August 5 and found a policeman pointing a rifle at her while she was in bed. Meanwhile, Twitch star Adin Ross was the victim of a dangerous prank during a live broadcast on August 7.

Beavis and Butt-Head to get new movie on Paramount +

Millie Bobby Brown and Henry Cavill return in the trailer for...