Home Entertainment “I never thought that my daughter…” — Remember How Arnold Schwarzenegger Broke... 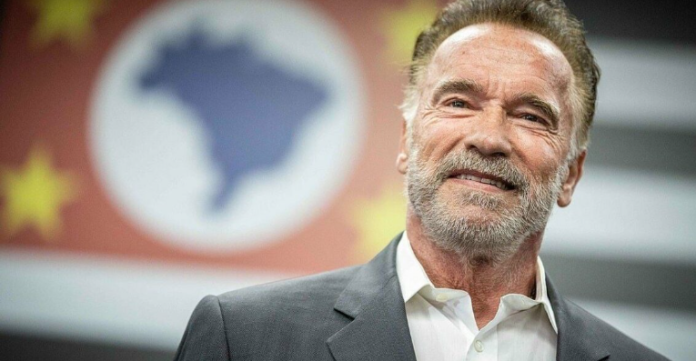 Arnold Schwarzenegger became famous as the best bodybuilder in the world, and later became one of the biggest Hollywood stars. This man of action was also a box office leader in the 80s and 90s and charmed people with his talent. Today he is known for his starring roles in films such as “Conan the Barbarian” and “Terminator”. Similarly, his children also followed in his footsteps and established themselves in the entertainment industry.

Perhaps you know Patrick Schwarzenegger from the romantic drama “Midnight Sun” in 2018. And Katherine Schwarzenegger is a NY Times bestselling author who has written three self—help books. The retired bodybuilder has five children, and he has always supported his children in the choices they make in their lives. However, one day the actor was surprised by the decision of his beloved daughter.

“I never thought that my daughter would marry an actor,” admitted the star of “Commando”. The award-winning star said he has a preconceived idea of the life path she can choose. However, it was a surprise, because she had always hated acting and was tired of seeing him “blow up buildings and kill people.”

He added that his other children always liked to look at him, while the 33-year-old author mostly cried. However, no matter how much she hated him; she found his partner for life in this world. Katherine Schwarzenegger dated Chris Pratt for a year, and later announced her intention to get married. The couple exchanged vows in a beautiful ceremony in Montecito, California, on June 8, 2019.

Meanwhile, Arnold Schwarzenegger fell in love with the “Guardians of the Galaxy” star from the moment he met him. According to him, Chris is a fantastic guy, he was a wonderful husband and son—in-law. Katherine Schwarzenegger and Chris Pratt welcomed two girls into the family, Eloise, 4 months old, and Laila, 2 years old.

What do you think of Schwarzenegger’s surprise at his daughter’s choice of a partner? Let us know your opinion in the comments section.

Ashley Judd recalls meeting the man who raped her to have...