Home Entertainment “I love to create…” — Sydney Sweeney Once Told About Her Secret... 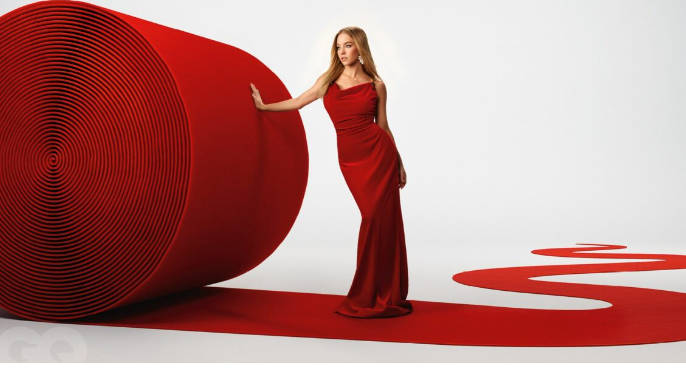 Sydney Sweeney is much more than just a pretty face. She is a multi-faceted person who wants to learn and continues to learn as much as possible. This can be inferred from the fact that she is open to new opportunities beyond acting.

Sydney Sweeney is set to star in & exec produce a ‘BARBARELLA’ remake for Sony.

The star of “White Lotus” is extremely passionate about creating things. This is evident from the fact that she is trying her hand at the production line, but this is not the point here. Surprisingly, this native of Washington finds joy in pottery.

It would not be a mistake to say that Sweeney’s year 2022 was quite stressful. And The Voyeurs actress said she found her “rabbit hole” in ceramics, which helps her stay away from all the noise. Sydney Sweeney told the British GQ about this, and also attended an event organized by the magazine in London.

In November 2022, the Euphoria actress told a British magazine that she made a flower pot and a cookie plate for her dog Tank, a cross between a Labrador and a German Shepherd. In addition to this , she said: “I love creating a world, even if it’s just for my dog.” Apparently, this hobby of the actress benefits her dog, as he gets a lot of beautiful cutlery for food.

Sweeney’s hard work earned her two Emmy Award nominations and many movie offers, including in Marvel’s “Madame Web.” She will star alongside Dakota Johnson in this highly anticipated Marvel movie, which will be released in 2024.

Sydney Sweeney earns her first two Emmy nominations this year for her performances in Euphoria and The White Lotus. pic.twitter.com/mQzrGeUbor

In addition to his two sci-fi projects, Sweeney will also star with the famous Set It Up actor Glen Powell in an untitled romantic comedy directed by Will Gluck.

What is your favorite hobby that you do in your free time? Let us know in the comments.

1. The “Back to the Future” detail gave the franchise a...