Home Entertainment “I lived this dream” — John Flanagan Announces His Retirement at The... 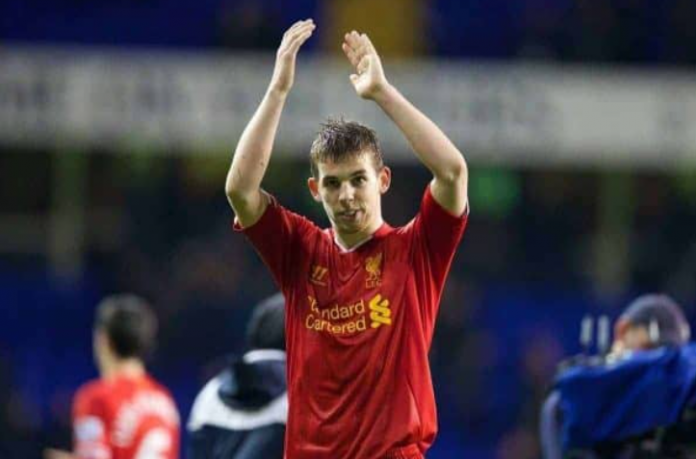 Former Liverpool defender John Flanagan was forced to announce his retirement at the age of 29, as his career was shortened due to long-term injuries.

Flanagan broke through as an unlikely key Liverpool player during the 2013-14 title fight under Brendan Rodgers, having played 17 times in the three previous seasons.

But after he got so close to winning the Premier League that season, he started to have persistent knee problems, and he spent the entire 2014/15 season on the sidelines.

Nine more matches took place in the next three years, all under the management of Jurgen Klopp, along with loan spells at Burnley and Bolton, before he permanently moved to Rangers in 2018.

Unable to hold a permanent role in Glasgow, Flanagan moved to Sporting Charleroi in Belgium and HB Kogyo in Denmark, leaving the latter after his contract expired in June.

Now the 29-year-old has announced his decision to retire due to ongoing knee problems, fulfilling a childhood dream of playing for Liverpool and England.

“Unfortunately, after careful consideration, I made the most difficult decision I’ve ever had to make: retire from professional football,” Flanagan wrote on Instagram.

“For the last 14 months, I have been doing everything possible to recover from the last knee surgery.

“However, ultimately, my health in the long run should come first, so following medical advice, I should now retire from the game.

“As a child, I dreamed of growing up and making a living playing football, and today I am proud to say that I realized this dream.

“Not only to play and be the captain of my childhood club Liverpool, but also to play for my country, these created memories will remain for a lifetime, and I am so grateful that I got an experience that many others can only dream of.

“I would like to thank everyone for their support on my journey, especially my girlfriend, family, teammates, coaches and agents.

“I am very lucky to have you all in my life.

“Also a big thank you to the fans of Liverpool, Glasgow Rangers, Burnley, Bolton, Charleroi and H.B. Koga, who supported me throughout the match.

“You were great and made my trip unforgettable!

“Now I’m starting the next chapter of my football journey and I’m excited about what the future will bring.

Olivia Flowers of Southern Charm Says She and Austin Kroll Are...