Home Entertainment “I like to keep everything a secret” — Eva Mendes Finally Responded... 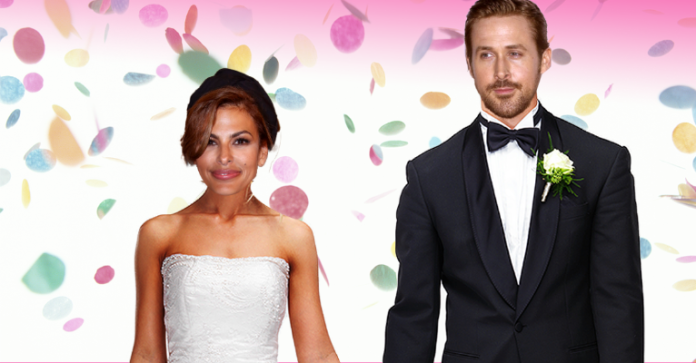 When Hollywood celebrities start dating each other, their relationship becomes the subject of discussion by their fans and the whole world. As soon as it becomes known about their relationship, people begin to wonder when they will get married. Some choose not to do this and remain partners for a long time before tying the knot, like Brad Pitt and Angelina Jolie. And few others, such as Eva Mendes and Ryan Gosling, have deftly dodged questions about marriage for years.

Eva and Ryan have been dating for 11 years. They have two beautiful daughters, Esmeralda and Amada. However, their relationship status has not changed since they met on the set of the movie “A Place under the Pines” in 2011. But a recent post made fans speculate that maybe they secretly got married. Mendes recently appeared on a radio show to respond to ongoing rumors. Are they married or not?

The Latin American beauty recently appeared on the Kyle and Jackie O show in socks on her hands. When the host asked her about her recent post and her relationship status, she gave a rather cryptic answer.

“Who said we haven’t been yet? I like to keep everything a secret,” she said in response to a question about Gosling and Mendes’ secret marriage. The “Ghost Rider” actress shared a photo of her “de Gosling” tattoo on Instagram. Now, according to Latin American culture, only a married woman adds de to her husband’s name. It literally translates as – Gosling.

She even turned to her new body art and joked that it was just pressure. But later she confirmed that she had been tattooed many years ago. In fact, she had shown the tattoo several times before.

While the brunette evades all questions, Ryan Gosling is busy filming the movie “Fallen Guy”. This summer, he returned to the big screen after several years in “The Gray Man.” Next year you will be able to see him again in the image of Ken in “Barbie”.

Do you think Mendes is just kidding his fans? Share your thoughts in the comments below.