Home Celebrity “I have such stupidity…” — What Surprised Ryan Reynolds That He Is... 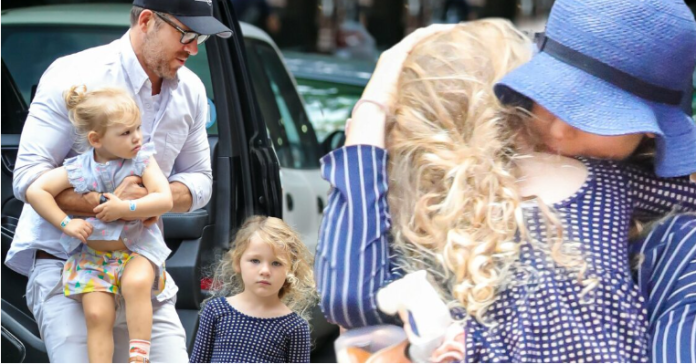 Ryan Reynolds is currently living the life he dreamed of. A blockbuster franchise, a football club, a gorgeous wife and, eventually, his four children. According to his recent interviews and talk shows, his kids color everything Ryan Reynolds does. Therefore, being the father of such cute children has always been very interesting for the star.

However, to find out exactly what the dangers, or rather the fun challenges, of becoming a father are, GQ covered the star’s life as an actor, as well as the fact that he was the father of four children. Reynolds gave amazing answers to all the questions asked by the presenter. He also revealed how he really enjoys working as a babysitter, even if it means waking up five times a night.

Ryan Reynolds on his endless patience with children

Before talking about his funny fatherhood experience, Ryan Reynolds shared how he successfully became the father he hoped he would become. This star had a bunch of good examples that he could look up to when it came to patience in raising children. And this surprised him very much, because, according to him, he has “a bit of a short temper.”

Nevertheless, working with the three younger Reynolds instilled in the star a lot of patience and managerial skills. He reflects on his “infinite supply of patience” parameter, stating that it is absolutely normal for him to wake up five times a night to change diapers. Even if it is sometimes tiring, there is always a “stupid grin” on his face.

Clarifying further, he said that all this is not because he has a “nanny or something like that.” He just got along great as a father. He likes to take care of his family and look after his children, because “it’s just us, and I like it,” he said.

The Deadpool star married Gossip girl queen Blake Lively in 2012. Since then, they have become a thriving and flourishing Reynolds family. Recently, on the Forbes carpet, the couple announced their fourth pregnancy, looking forward to the birth of their fourth child, and already shares three beautiful daughters.

What do you think of Reynolds as a father? Do you think his approach is correct? Comment below your thoughts.

Liam Payne debuts black and white clip for “All I Want...