Home Entertainment I Am Fish, the New From The Creators of I Am Bread,... 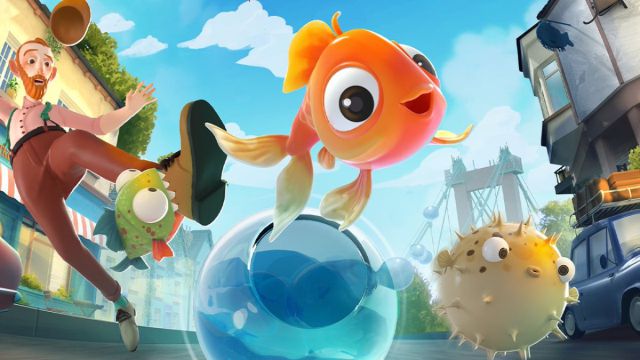 I Am Fish: A new simulation adventure arrives in which four fish try to return to their home. Available at launch on Xbox Game Pass.I Am Fish is the new simulation adventure from Bossa Studios, creators of viral video games of a humorous nature such as I Am Bread or Surgeon Simulator 2, a title that will arrive on PC, Xbox One and Xbox Series X | S on September 16, 2021 , being also available from day one on Xbox Game Pass. This has been announced by those responsible, sharing a new trailer that you can see heading this news along with new images.

“I Am Fish is a captivating physics simulation adventure about four intrepid fish stripped of their home, the aquarium of a pet store. Swim, fly, roll and bite your way to the sea to be free and return to your friends ”, we can read in its official description, giving rise to a very colorful and enjoyable carefree adventure in which to return our protagonists together with the his.

According to those in charge, the game demo is already available on Steam so that those who want to try their particular proposal can complete the first level completely free of charge. “Help this little scaled hero to pursue freedom and protection of the sea. Ride through a busy town in the heart of Barnardshire County by rolling across rooftops and dodging cars. The ocean is just a stone’s throw away, but getting to it will not be easy ”, referring to the first protagonist of the story, a friendly golden carp.

I Am Fish will arrive on PC, Xbox One and Xbox Series X | S on September 16, 2021, with availability for Xbox Game Pass and Xbox Game Pass Ultimate subscribers from day one.