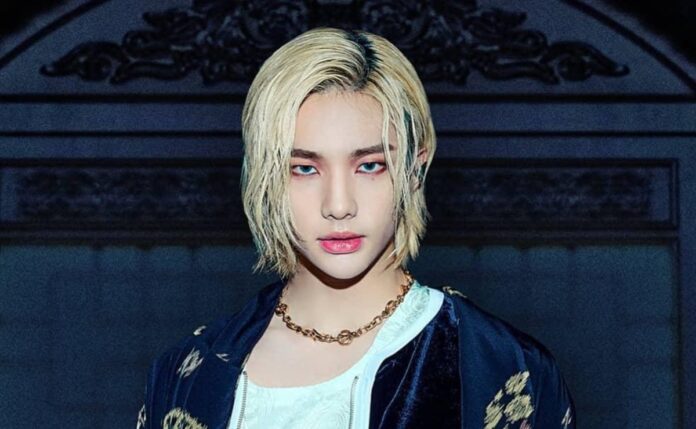 Stray Kids’ Hyunjin demonstrates his talent as a songwriter and reveals “Little Star”, the new song from the SKZ-PLAYER project, the idol participated in the lyrics and production.

JYP’s K-pop group ended their comeback promotions “Back Door,” held their first online concert, and closed 2020 with a music project that brought together the individual talents of its members. Before Christmas came, the guys decided to give Stay a gift and released new solo songs.

Through their official YouTube channel, Stray Kids revealed the video for “Little Star,” the new song performed by Hyunjin for the musical series SKZ-PLAYER. The idol showed his youthful and homely side in the MV, through scenes shot in vintage style. This will be the perfect soundtrack for the winter season.

The music clip already has more than 200 thousand reproductions within an hour of being released and more than 100 thousand likes. Hyunjin modeled in a warm outfit consisting of a spindle-colored sweater, black pants and a ponytail, framing his facial features, giving him an ethereal look perfect for the winter season.

The video begins with Hyunjin in the middle of a room adorned with stars, while in bed he appears to reflect on something, then he gets up and begins to write notes on a sheet, but he cannot find the inspiration he needs, so he decides to leave. for a walk in the woods.

The idol’s voice sounds very soft and warm, accompanied by the guitar chords that make it a ballad of heartbreak. He himself wrote the lyrics and composed the song, was inspired by the loss of that special person, whom he describes as a bright little star that looks out of his window, the most beautiful, but cannot reach it.

Hyunjin describes in his lyrics a mistake he made, he doesn’t explain what, but he seems to have no excuses to apologize. The scenes of “Little Star” combine autumn landscapes, while the idol takes a camera and a teddy bear from a memory box, in the end, he ends up in his living room sitting on the floor, thinking about what he no longer this. The Christmas time comes when the rapper starts to decorate his Christmas tree. Stay shared her support on social media and expressed her love for the song.

The K-pop group recently covered BTS’s Dionysus and Bangchan talked about the meaning of BTS and this song as part of his performances.

What happened and when will the 7th episode happen?

AB6IX: Fans celebrate the 300-day anniversary of their debut