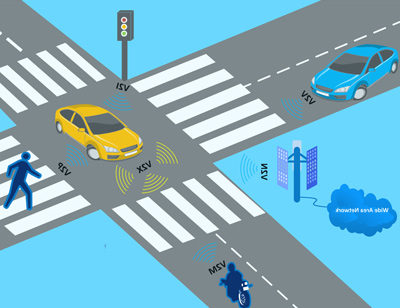 Hyundai, which has agreed with Israeli company Autotalks to make improvements in the field of security, plans to use V2X technology in its new cars. With the V2X units produced by Autotalks, it is aimed to provide maximum safety and fluency in traffic.

Israeli company Autotalks produces V2X units. These units are; It constantly monitors the car’s speed, position and direction. It is planned to be used in Hyundai cars as of 2021, which has the benefits of noticing the drivers and warning them in situations that may cause an accident.

What is V2X?
V2X is a security technology that enables cars to interact with everything that affects the car in traffic and to exchange information. Traffic lights, signs, officers and other vehicles with this technology; Some of the objects communicated. In V2X it can also communicate with some communication technologies such as V2I, V2N, V2V, V2P, V2D and V2G.

This is a big step for every vehicle and traffic element to interact with each other in the future. If this goal is achieved, traffic is expected to be completely safe, smooth, comfortable and organized. For now, the benefits of vehicles carrying this technology will be minimal, as the V2X is not yet used in too many cars or roads, but prevalence will increase over time.

When this technology becomes common enough, it will play a vital role for drivers. For example, when a car encounters a danger and stops suddenly, the cars behind it will stop before it reaches the danger zone. The realization of the danger will not be left to the automatic driver or human driver and the accident will be prevented before approaching.

Of course, the real question is: Will people really want to buy cars with this technology in the world, where drivers are under strict control and are paying huge penalties for all kinds of rule violations? You can also share your answer with us in the comments section.

Fallout 76: Invaders Of The Galaxy, The Aliens Arrive In Appalachia