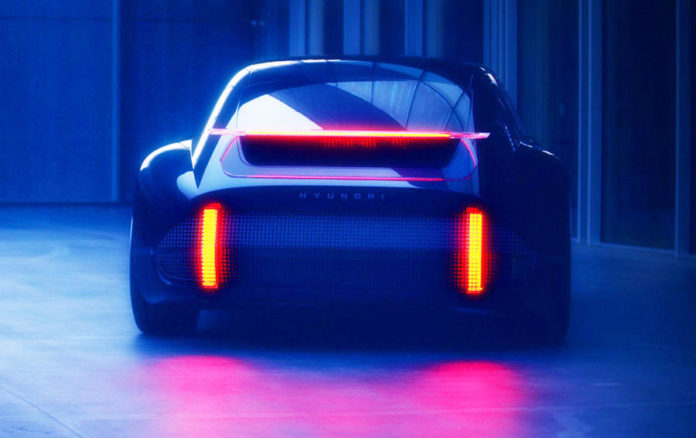 Hyundai unveiled its new electric car concept ‘Prophecy’ with a promotional image. The car, which will shape the design philosophy of the brand, will be introduced at the Geneva Motor Show.

The Geneva Motor Show will take place next month, and South Korean car maker Hyundai will introduce the new electric concept car at the fair. The concept car, which Hyundai named Prophecy, will touch the future with the brand’s new design philosophy set out with the motto of “Emotional Sportiness”.

Making a short press release about the concept car, Hyundai said that Prophecy is an extension of the design language that will take the company’s philosophy to the next level. In the shared promotional image, it seems that the Hyundai Prophecy EV will have vertical taillights and large, rounded rear fenders. There is also a large area between the lamps that can be illuminated.

Hyundai says that the name Prophecy, which means Turkish prophecy, points to the future designs of the concept and will be a symbol for the electric vehicles that the car manufacturer will produce. SangYup Lee, President of Hyundai Global Design Center, stated that Prophecy does not follow the trends and aims to expand the brand’s design range to broader horizons.

Hyundai will introduce the Prophecy concept to the world at the Geneva International Auto Show on March 3. Hyundai is expected to come up with more introductions soon.

Jim Ryan: The Last Of Us HBO Series “Are Just Beginning”