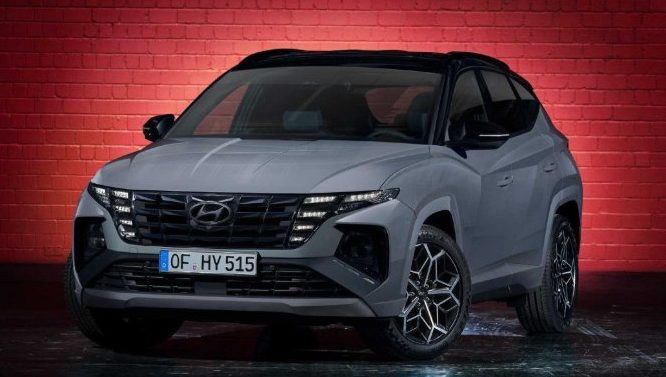 South Korea-based automaker Hyundai introduced the long-awaited new sporty version of Tucson, the N-Line. The new model, which differs from the standard version in terms of suspension and design, will go on sale in spring.

Hyundai introduced a renewed version of the C segment SUV model Tucson towards the end of last year. The South Korean-based auto giant had announced that Tucson’s new N-Line series would also be introduced soon, but did not give much detail about what changes will be in the new model.

The Tucson N-Line, which has a modified suspension system and has a sportier appearance than the standard Tucson, made its debut. The new model, named Shadow Gray, which will have its own color option and black roof option, will be available from next spring.

Tucson N Line with a sportier suspension and design

There are two great features that make the Tucson N Line different. The first of these is that the vehicle has a different suspension system in order to offer a more sporty driving experience. This system, called the Electronically Controlled Suspension System (ECS), can be controlled by the driver and responds quickly to steering responses and adjusts the optimum height.

Another feature that makes the new model different is that the N Line has a much sportier body kit than the standard version. Aside from the body kit, many details such as the wider ventilation grille and 19-inch wheels also helped the N Line to achieve a sporty and agile look. The red lines used in the seat upholstery, the black headlining and the metal pedal set are just a few of the details that complete this aggressive look.

There will be no change in hardware

The hinge on the propeller enables the drone to lift a...