Home Entertainment Hyundai I oniq 5 N Release Date: When will it be launched? 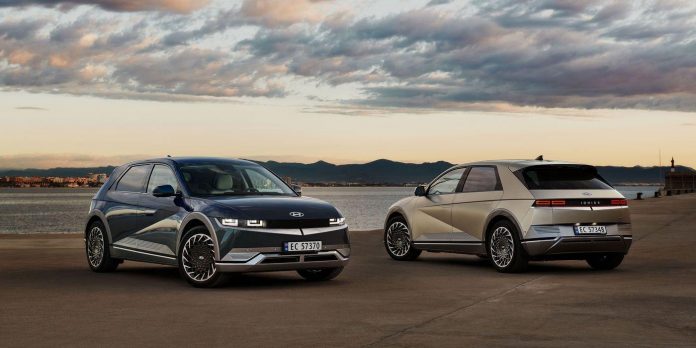 At the “N Day” event in Busan, South Korea, Hyundai confirmed the high-performance “N” version of its popular Ioniq 5 EV crossover, but when will it be launched? Along with the Ioniq 5 N, Hyundai also announced two other concept cars, including the RN22e, based on the recently released streamlined Ioniq 6, and a sporty retro coupe with a hydrogen engine called the N Vision 74. While Hyundai has announced a tentative launch date for the Ioniq 5 N, it is not yet known when (and whether) either of the two concepts will see the light.

Hyundai was late to the electric car launch party, but is making up for lost time by releasing several new models in recent months. The company released Ioniq 5 at the end of last year and announced Ioniq 6 earlier this year. While the former is a compact crossover that competes with cars like the Ford Mustang Mach-E, Volkswagen ID.4 and Tesla Model Y, the latter is Hyundai’s first electric sedan and is expected to compete with the Tesla Model 3.

Hyundai has announced that the Ioniq 5 N will go on sale in 2023, although there is no specific launch date yet. The company also did not provide any details about the car, including transmission options, battery capacity, power, torque, etc. However, it is known that this will be Hyundai’s first high-performance electric car, which makes it an important step for the company to fully switch from internal combustion engines to electric in the coming years.

Although there is very little information about the actual production car due to be launched next year, Hyundai has revealed some details about two concept cars that do not yet have an official production date. According to the company, two concept electric vehicles will be used as test benches to improve the performance and technology of future N-Series cars. As for the technical characteristics, the concept of the RN22e electric sports sedan is based on the Ioniq 6 E-GMP twin-engine platform and 800-volt architecture. It offers 577 hp. and 546 lb-ft of torque, which is significantly higher than the 321 hp and 446 lb-ft offered by the AWD Ioniq 6.

As for the N Vision 74, it is inspired by the 1974 Hyundai Pony Coupe concept developed by the famous Italian automotive designer Giorgetto Giugiaro. In terms of specifications and performance, it is a hybrid concept with a hydrogen fuel cell and a rear-wheel drive and mid-engined electric motor, producing 671 hp and 664 lb-ft of torque. Hyundai also claims acceleration to 100 km/h in less than 4 seconds, but there are no exact figures for this yet. The car is powered by a 62.4 kWh battery with 800 V fast charging. Hyundai also says it will offer a WLTP range of over 600 km (about 372 miles) without recharging.