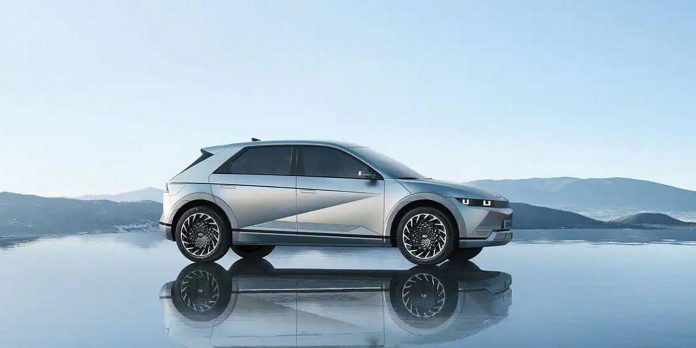 Hyundai has announced an updated 2022 Ioniq 5 lineup in Australia with additional features, a new naming convention and reduced entry-level package prices. The Ioniq 5 is one of the most fashionable cars in its segment and has many features, including Level 2 autonomous driving capabilities. It also comes with a 350 kW charger, which the company claims can charge a car from 10 to 80 percent in just 18 minutes. Hyundai claims that the car needs to be charged in just five minutes to drive 100 km, which eliminates one of the main pain points mentioned by American consumers in a recent survey due to their resistance to buying electric vehicles.

The Ioniq 5 comes with multiple body color and interior trim options, allowing buyers to customize it to their liking. This is in direct contrast to how other automakers, such as Tesla, are reducing customization options to save time and boost their profits. However, despite the extensive list of features, the Hyundai Ioniq 5 does not come with wireless Android Auto and Apple CarPlay. Although wired CarPlay and Android Auto are supported, owners will have to use third-party keys to enable wireless communication. However, Hyundai offers OTA updates for the Ioniq 5, so the company may release an update to enable this feature in the future.

Following the changes in the Ioniq 5 lineup (via The Driven), the existing single-engine and rear-wheel drive model is now called the “Dynamiq”, and the two-engine and all-wheel drive variants are called the “Techniq”. The car now also comes with an increased power reserve and several additional features as standard for all trim levels. The Dynamiq now has a power reserve of 299 miles (480 km), while the power reserve of the Techniq remains unchanged at about 267 miles (430 km).

Another important change in the Ioniq 5 line is the price. The basic RWD Dynamiq model now costs 2000 Australian dollars cheaper than its predecessor, and costs from 69,900 Australian dollars (47,000 US dollars). The price is lower than competitors such as the Tesla Model Y and Kia EV6, both of which start at over 72,000 Australian dollars ($49,000) after a recent price revision. However, this is not all good news for potential buyers of Ioniq 5. The Techniq variant now costs AUD$77,500 (US$52,000), which is AUD$1,510 more than the previous model.

For a higher price, the Techniq comes with a number of features not found in the Dynamiq, including 20-inch wheels with wider tires, premium seating, front and rear memory seats, front seat ventilation, heated steering wheel and heated seats. rear seats. The Technq also comes with an optional fixed Vision Roof glass roof with an electric sun shade. It is still unclear whether the changes in the Ioniq 5 configuration will affect the US market.

Before I Forget, Analysis. The breath Of A Lifetime