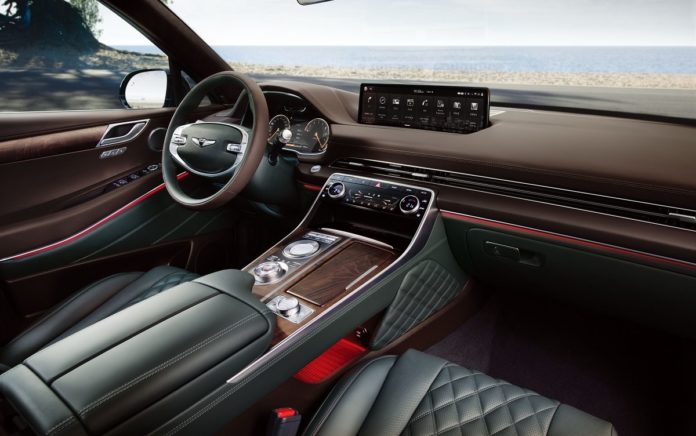 Hyundai announces the world’s first active road noise canceling system “RANC”. Located in the 2020 model Genesis GV80, this system works through sensors added around the vehicle. The system calculates the data it receives from the sensors and sends some waves into the vehicle.

Cars apply a great deal of friction to both the air and the road while on the move. This friction brings along noise and consumers may be disturbed by this noise after a while. Various automakers have so far strived to minimize road noise. However, no system introduced to date has been as successful as Hyundai’s RANC.

Hyundai first uses the system it named as RANC in 2020 model Genesis GV80. Competing with luxury SUV models such as Audi Q7, Mercedes-Benz GLE and BMW X5, the GV80 seems to attract consumers with its noise canceling system. Because according to the statements made by Hyundai, RANC reduces unwanted road noise by 50 percent.

The world’s first active road noise canceling system was developed in partnership with Hyundai and Harman. RANC, which can be used through sensors added to many points of the GV80, regularly transmits the data it receives from the sensors to the processor of the system. The systems added to the vehicle after the necessary calculations emit some waves in order to prevent the noise. Thus, the passengers inside the vehicle do not hear noise.

Models that Hyundai will use active road noise canceling technology not disclosed
Hyundai is very hopeful of its new system. Officials who do not share all the technical details about RANC but say that this system works just like headphones with noise canceling support, state that they will offer a unique vehicle experience with Genesis GV80. With this system, Hyundai seems to have increased the expectation from luxury vehicles.

Hyundai has not yet announced on which other models the RANC system will be used. The only model currently known is Genesis GV800. However, technical critics say that this noise canceling system can be used in the luxury models of both Hyundai and other car manufacturers in the future.