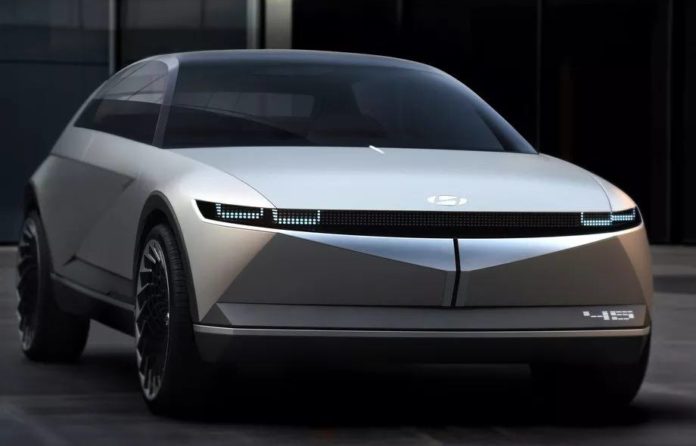 The electric-powered concept vehicle “45” announced by Hyundai at the Frankfurt Motor Show in the past months was awarded by Wallpaper magazine. 45 was chosen the best concept car by Wallpaper jury.

Automobiles with electric motors are one of the most talked about topics in the automotive industry, especially in the last few years. Because with the effects of global warming, governments are taking new measures and asking automakers to lower their carbon dioxide emissions. In addition, electric motors significantly affect vehicles in terms of performance.

Hyundai is one of the companies that continues to work on electric vehicles. The company introduced its “45” concept car, which it has been working on for a while, for the first time as part of the Frankfurt Motor Show last year. The 45, which was created inspired by the “Pony Coupe Concept” model that we encountered in 1974, attracted attention with its design.

Hyundai 45, the Concept Car of the Year
The design of the Hyundai 45 that impresses consumers has been registered with an award it received. The vehicle was selected as the best concept car within the “Design Awards” organized by Wallpaper, one of the world’s most popular design and lifestyle magazines. With its electric engine, autonomous systems, smart systems and general appearance, the car was able to tempt the Wallpaper jury.

SangYup Lee, President of Hyundai Design Center, who made statements on the subject, said that we live in the age of digitalized cars and they have to act accordingly. Expressing that they have carried out many works to combine the splendor of the past with the technologies of the future, Lee stated that they blended the past and the future so well and were happy that this work was rewarded by Wallpaper.

Hyundai’s electric motor concept vehicle gets its name from 45 degree windshield and rear window slopes. The 45, which we can also call the modernization of the 1974 Pony Coupe Concept, was also able to get full points by technical critics who continued their studies on the automobile industry at the time it was introduced.

In addition to the exterior design of the Hyundai 45, the interior design attracts attention. Having a customizable structure according to the needs of consumers, 45 incorporates all of today’s technologies and thus offers a unique experience. It is not clear at the moment whether a vehicle with such superior features will be released.