Home News HYUNA IMPACTS HER FANS WITH HER NEW LOOK 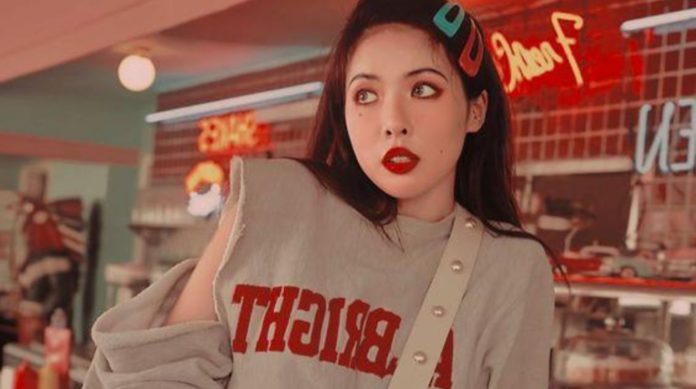 HYUNA IMPACTS HER FANS WITH HER NEW LOOK. The singer has surprised many with this radical change, do you like me?

Hyuna is a girl who is not afraid of fashion, she is constantly experimenting with colors, cuts and designs of several recognized brands, she is one of the idols that most impose trends.

Now Hyuna is traveling with her boyfriend E’dawn in Thailand, in several posts through her social networks the singer has let her fans see a little of her time off in that exotic country.

You might be interested Jimin gives a surprise to Sarang, the girl who appeared in BTS Christmas show

The idol looks very happy, enjoying with several friends and their partner their vacations.

Hyuna shared with her followers a series of publications, between photos and videos, where her new look attracts a lot of attention, they are thin braids that have adorned her head and looks beautiful, the photo has more than 263 thousand hearts on the platform Instagram

The singer quickly became a trend on twitter because they blamed her for ‘Cultural appropriation’, a term used when a person uses an element that forms a society and puts it on or adapts it to use it, in this case Hyuna with braids .