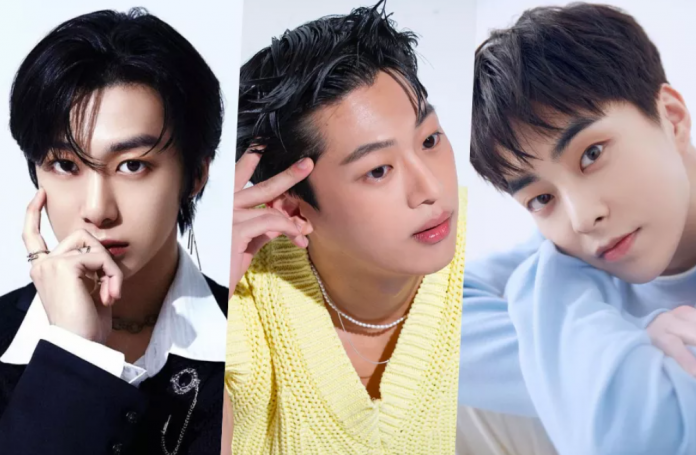 On September 27, the production company of The Great Show announced that Lee Shin Young, Xiumin, Hyungwon from MONSTA X, Choi Jung Un, Choi Won Myung, Lee Se On and Kim Shana will play the main roles in the upcoming drama.

Sajangdol Mart tells the story of what happens after the idol group Thunder Boys breaks up due to an unexpected incident and takes over a bankrupt supermarket.

Lee Shin Young plays the Thunder Boys leader Choi Ho Ran, who somehow becomes the owner of a supermarket. Choi Ho Ran has a sharp temper, but he is an honest man who cares about his members more than anyone else. He starts his business after acquiring Boram Mart instead of getting paid for his advertising.

Xiumin will play the main dancer of Thunder Boys and the cashier of Boram Mart Shin Tae Ho, who counts the money very carefully. Because he grew up needing nothing, Shin Tae Ho is self-centered, but he is also a very thoughtful character.

Hyungwon will play rapper Cho Yi Joon, who can’t contain his natural talent. At Boram Mart, he will be in charge of the seafood department. In addition, Choi Jung Un will play an influential Boram Mart employee Oh Ye Rima, Choi Won Myung will play Thunder Boys vocalist Eun Yong Min, who is in charge of the meat department of Boram Mart, and a former member of “Produce 101 Season 2”. Lee Se He will play the youngest Thunder Boys member Yoon Sang Woo. Last but not least, Kim Shana will play Ji Na, a member of the most popular female group Chain Girls.

Sajangdol Mart will go on air in 2023, and the broadcast schedule has not yet been determined. Stay tuned!

Wally West Returns To “The Flash” To Warn Us Of The...

Why it was “very easy” for Missy Peregrym of the FBI...